Cradle Of Filth released their eleventh album Hammer Of The Witches back in July. Debuting at #65 on the Billboard Charts, it was their highest US entrance on the charts, and now today they release a music video for the, “Blackest Magick In Practice.” The video was directed by Sam Scott-Hunter, who also did their music video for “Right Wing Of The Garden Triptych,” both of which you can see below.

Said Scott-Hunter of the latest video:

“There’s dark madness in this video. “Blackest Magick In Practice” is a deeply tragic tale of lost love. It’s the grief stricken insanity of trying to bring back that loved one from the dead; desperately trying to hold onto that person who’s gone, even if that leads down a dark and gruesome path. I don’t want to give it all away, but I will say that the hardest part of the production was getting hold of a human ear.

I wanted to convey the power of the band too, in amongst the romance, madness and magick. Behind the imagery of the lyrics is a great and powerful metal band of amazing musicians, and I hope people can feel the intensity of the band when they watch this. It is intense viewing. There should be a bit of madness in the video, because there’s madness in this song.”

Cradle of Filth will headline the “Inquisitional Tourture” tour in early 2016, with support from Butcher Babies and Ne Obliviscaris. 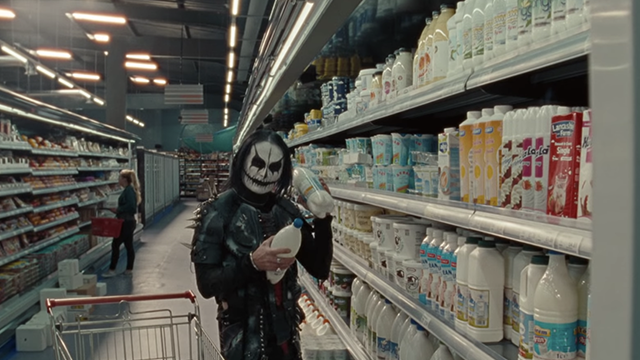