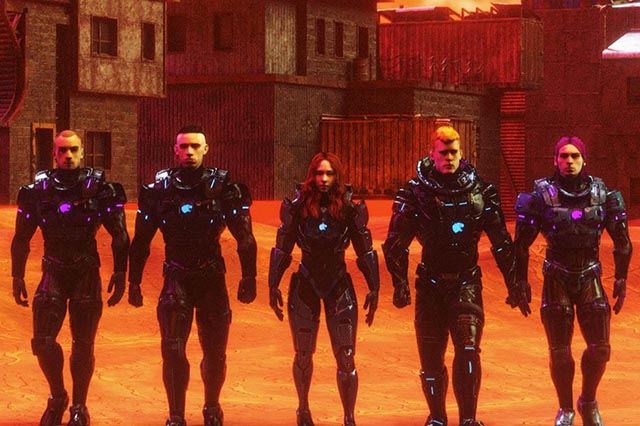 Code Orange have unveiled an animated music video for their song “Autumn and Carbine.” The track is taken from their latest effort, Underneath, as the animated clip, directed and animated by the group’s own Eric “Shade” Balderose and Jami Morgan (Nowhere2Run Productions), debuted during Adult Swim’s Toonami broadcast this past Saturday (23rd). According to the press release, the clip follows the band into a dystopian wasteland as they confront the thieving overlords of a ruined future society. To celebrate their new video, the group has launched a limited edition “Autumn and Carbine” shirt, which you can order here.