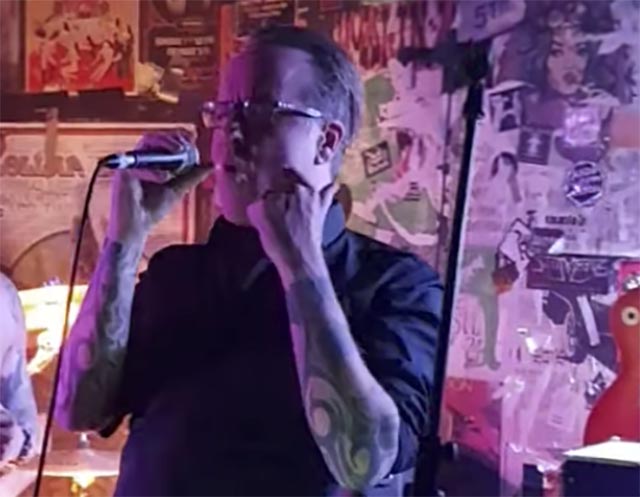 Burton C Bell is no longer fronting Fear Factory as the band has just released their long awaited album, Aggression Continuum, via Nuclear Blast. In a much publicized and seemingly nasty breakup, Bell and guitarist and co founder  Dino Cazares, could not come together and agree to terms regarding ownership of the name Fear Factory so Bell left stating that he “cannot align” himself with someone whom he does not trust or respect.

Captured by a fan, Bell took to the stage in Australia to perform “Replica” with the house band at Frankie’s pizza before he played DJ for the night. Afterwards he told the crowd, “I got the feelin’ and I had to do it.” Watch fan footage below.