While She Sleeps have released “Silence Speaks,” the fourth single from their forthcoming crowdfunded album You Are We. The track features a guest spot from Oli Sykes from fellow Sheffield band Bring Me the Horizon, who even makes an appearance in the music video for the song. You Are We is due out April 21. If you want to get in on it, you can pre-order the album via PledgeMusic here. Sykes spoke to Teamrock about how he got involved with While She Sleeps for the song:

“There has been some tension between our two bands for a while due to some personal stuff, and it just built up a bit to the point where neither band really knew why we were still being so hostile to one another, so we put it all to bed, and that was around the time they were working on the crowdfund campaign for their album. Hurricane was the first thing I’d heard from them since the first album, and it honestly blew me away how much they had progressed as a band. It got me really excited and I just wanted to help out in any way that I could. I offered them my home studio for some vocals as I knew they were doing it all themselves, and were up against it time-wise, and Mat [Welsh, guitar] asked me if I’d be interested in doing a guest on the album.”

And in the same interview, While She Sleeps’ Loz Taylor says that the song is slightly shaped by politics:

“With things like Brexit being fresh in everyone’s mind and still being up in the air, people have a lot of different views on different topics. Like when we say ‘Your silence speaks volumes’ people can’t expect anything to be changed if nobody’s going to make any effort to change it, or work toward that change.”

Look for the album in April.

Tags: Bring Me the Horizon, Oli Sykes, While She Sleeps 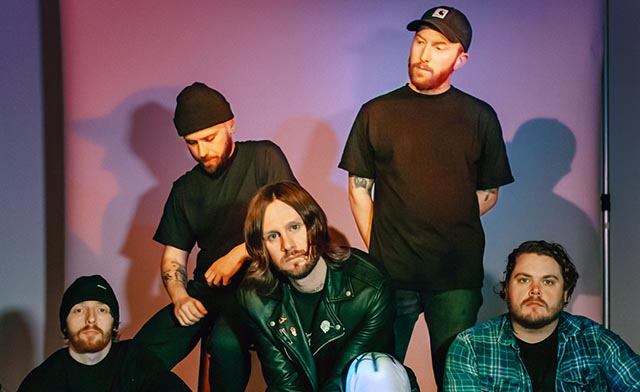