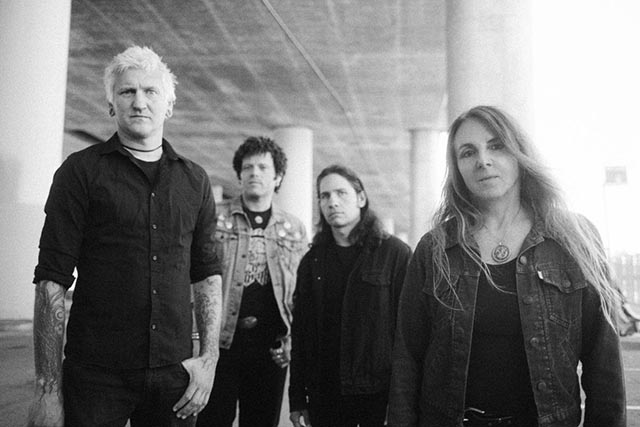 Acid King have announced their new album, Beyond Vision, is set to arrive on March 24th via Blues Funeral Recordings.

“The band was never really that psychedelic, but this is definitely more trippy because we’ve got keyboards and synthesizers. That’s something we’ve never had before on Acid King records. The songs really have no beginning or ending—they all just flow into each other. It’s meant to be listened to as one piece. The whole point was to have the listener feel like they’re on a journey. If you put headphones on, it’ll take you to whatever places you’d like to go to. The record is based on the journey of life. Jason [Landrian] and I were having these heavy pandemic conversations at the practice space for two years, talking about all the stuff you go through being in bands, touring, your relationships in life, all that stuff. You think this trip is supposed to go one way, but it goes in very different ways that you can never imagine.”

Lori explains the album is influenced by Kubrick’s 2001: A Space Odyssey and the 2019 documentary Apollo 11:

“I was hugely inspired by that documentary,” Lori enthuses. “I absolutely love the soundtrack Matt Morton did for that. I’ve probably listened to it a million times. I really loved the journey it took me on, even without the movie. It just made me ponder life.”

Watch the video for songs “Destination Psych/Beyond Vision below and pre-order the album here:

01) One Light Second Away