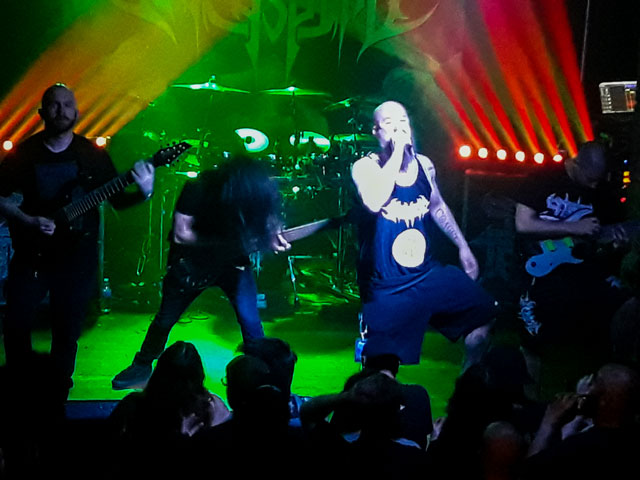 British Columbia’s Archspire has been on fire lately and their 2017 release Relentless Mutation, on Season of Mist records, has been rapidly ascending the charts on platforms like Spotify where songs like “Involuntary Doppelganger” have recently surpassed one million plays.

I went to check out Archspire at their Philadelphia stop on their Tech Trek IV, which also features Inferi, Wormhole and label mates Virvum. Definitely impressive as the band decided to feature the brilliance of their strongest record to date, Relentless Mutation on this particular journey.

What stands out about this band is that though this is a painstakingly technical act… with lots of moving fingers, vocalist Oli Peters is able to connect with seemingly every single member of the audience throughout the performance. Whether it be his hip-hop style vocal delivery that allows for clear audience immersion or holding up an applause sign while the string players amaze with their dexterity, Oli knows how to work a crowd. Apparently a huge fan of New England food, this night he seemed particularly fond of the “clam clap” which is a one-handed clap that actually doesn’t make any noise. The cheesesteak loving crowd imagined themselves in Quahog, Rhode Island for an hour or so and keenly delivered the shellfish-inspired love.

As someone who’s more into the black and traditional death subgenres of metal, I must admit, I was quite amazed at the musicianship of the band. There were more strings on that stage than I could easily count and it seemed like the guys certainly utilized all of them to get their multitude of sounds. I, of course, was the oddball, as the nearly filled – yet comfortable room was clearly amassed with gregarious tech death fans who eagerly started a pit at every opportunity.

Sadly, Archspire was without their drummer, Spencer Prewett, at this show. Spencer had to quickly shuttle back to British Columbia to be with an ailing family member. Like the true professional he is, Oli explained the drummer’s absence to the crowd before the set actually began and clarified the situation. The crowd completely understood and clearly enjoyed the performance even with the drums on a track.

This is a very favorably priced tour. Do check them out! 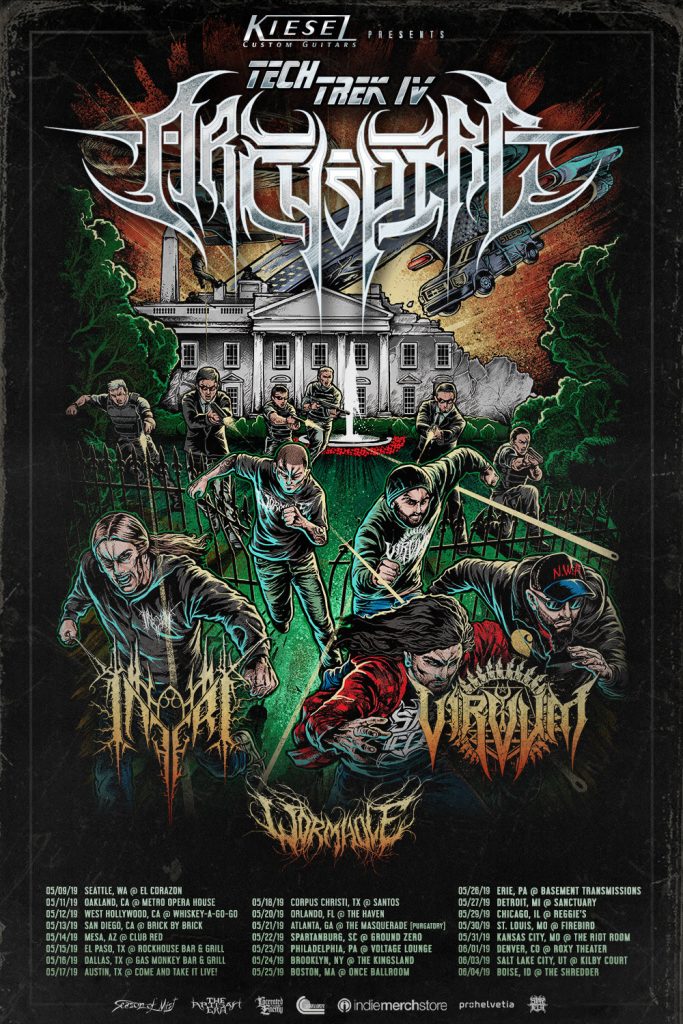 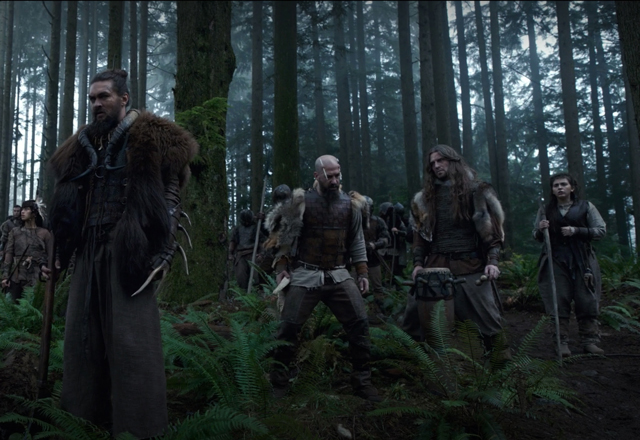