Iced Earth singer Matthew Barlow has revealed that he will part ways with the band following all of their European festival commitments in 2011. In a lengthy but heartfelt statement, Barlow cites his desire to spend more time with his family, which Iced Earth’s growing touring commitments wouldn’t allow. This is Barlow’s second time leaving the group. After his first time leaving in 2003 for similar reasons as to now, Barlow continued to sing but also became a police officer in Georgetown, Delaware. He even formed a group called the First State Force Band that made up of law enforcement members from the state.

You can read Barlow’s entire statement on the band’s website, but below is an excerpt from it:

“On my departure from Iced Earth in 2003, I made a commitment to my wife and to the idea that we would start, and raise, our family together. Two years later, my first child was  born and two years after that, my second. My youngest son was born about a week before Jon asked me to return to Iced Earth. It was a very exciting and emotional time for all of  us, but we were all clear on our intentions. It is apparent to us now that regardless of our belief at that time, time can change an intended outcome. In this instance, I hope that change will not be regarded as a bad thing, but rather as a necessary part of evolution.

Jon and the band must venture into new realms to continue to grow Iced Earth. I commend him for his ideals and wish nothing but to share in his vision. I know that this is not the last time Jon and I will work together, but it will be my last endeavor with Iced Earth. Iced Earth is a name and force of its own. It has been very good to me and has allowed me to live a dream that others would give most anything for. I have been truly blessed to share this experience with everyone. I will continue to support Jon and Iced Earth in every way. I will also continue to create and perform in my own capacity.

These next months will prove to be a very emotional time for me. I am extremely happy to be able to share the experience with Jon, Brent, Freddie, Troy and the Iced Earth family. I am proud to know them and honored that they consider me their friend. It is going to be phenomenal to share the love of this music during several summer festivals and I know that it will be a time we will never forget.”

Iced Earth is no stranger to lineup changes. In fact, guitarist and founding member Jon Schaffer is the only original member remaining in the band since forming 27 years ago. You can read Schaffer’s statement regarding Barlow’s decision in the same press release, in which he reveals that the band is already beginning the search for a new singer. 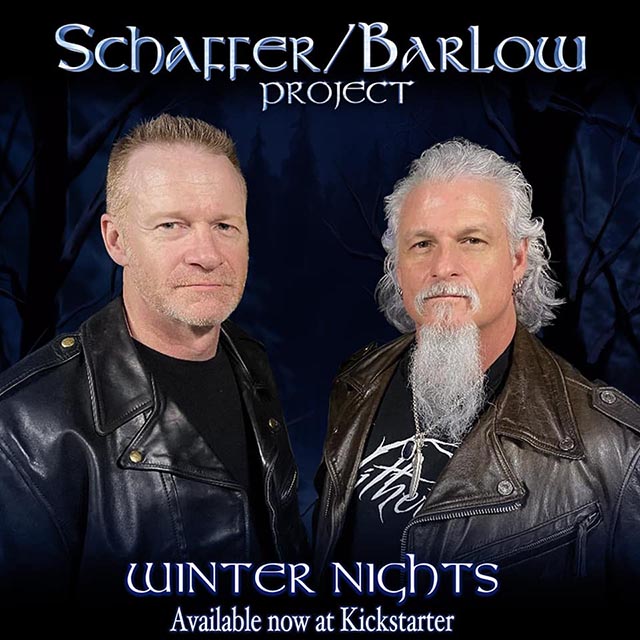