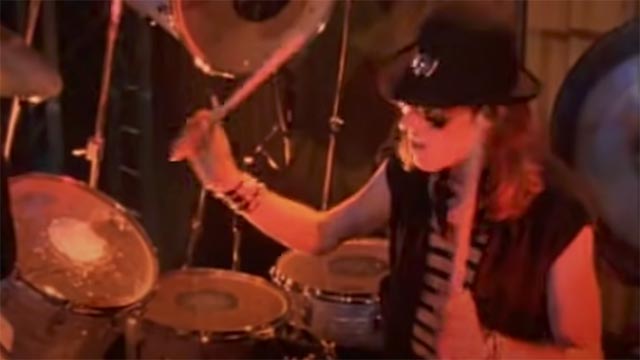 Rick Parnell, who portrayed Mick Shrimpton, the drummer of Spinal Tap, in the classic mockumentary, This Is Spinal Tap, has passed away. He was 70-years-old. Parnell played in bands such as Atomic Rooster in the early seventies. He also played drums for Radio Birdman’s Deniz Tek, who issued the below statement, yesterday (1st) on his passing:

“Ric Parnell died early this morning. From day one, meeting him, I found him to be engaging, warm, and delightfully funny. We hit it off as pals immediately. He had a cheerful spirit that made you feel good, just being around him. Ric’s amazing history in the music world is well known. I had the great good fortune to work with Ric on three albums. Studio time was casual, fun, and scattered with stories and humor. Ric never actually prepared for a session, but would come up with the beat and the arrangement on the spot. He would say ‘How does this next song go?’ I’d play it to him on a guitar, and he’d think about it for a minute. Then he would say ‘Right! Got something.’ Then he would nail it in one or two takes, and it was as perfect as it gets. Ric was one of a kind. He lives on in his music, and in our hearts.”

A GoFundMe was launched to help pay for funeral expenses. Our thoughts go out to Parnell’s family and friends during this difficult time.