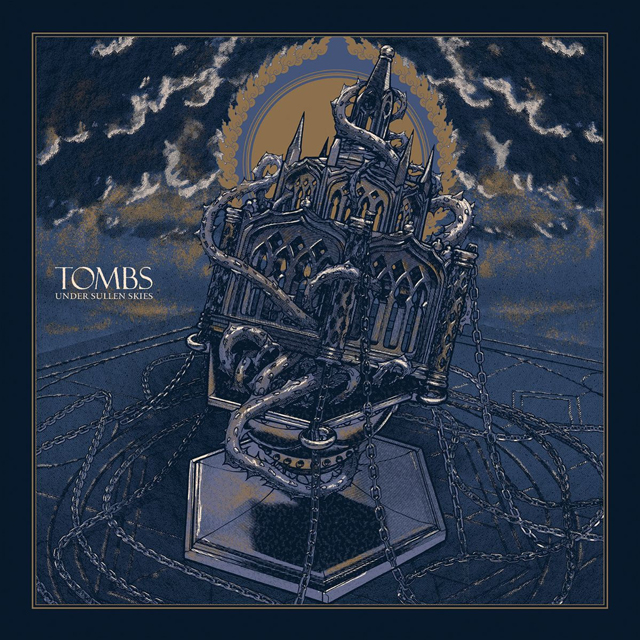 Under Sullen Skies by Brooklyn’s TOMBS is a cold and dark record. Perfect for Halloween and, perhaps, perfect for 2020 as there hasn’t been a year this dismal in so long.  TOMBS is cut from the pre-hipster Brooklyn heydey, where the streets were seen with working class residents who weren’t afraid to put in a solid day’s work. Today, sadly, short of a few of its Eastern neighborhoods, the borough has become a haven for all-t0o-willing gentrifiers of mostly midwestern origin. One has to appreciate the blood and the sweat that TOMBS has put into their craft for so long without succumbing to all these dreadful new influences surrounding them. But enough about how Brooklyn has been ruined and Bill DiBlasio makes it worse, on to the new record…

“Bone Furnace” is a dazzling opener with an ear canal opening blast of melodic death metal. When I first heard this track, I was impressed by how far this band has come since their debut in 2009. I love the vocal on this track and the mix on this song and the rest of the record are working for this band immensely.

There’s a lot of Celtic Frost influence here, not just in the vocals, not just in some of the guitars, but also in the lyrics as well. This is one of things I really love about this record. It’s got a lot of that Tom G. Warrior… a lot of that Celtic attitude, but then with a unique spin and turn on it. It’s like Tom G moved to Midwood in 1985.

“The Hunger” is an ode to vampires and those pinch harmonics are, perhaps, an ode to Danzig guitarist John Christ. Either way, it’s another (soul) crushing track that draws you into this band like a succubus.  Special shout out for the “Lost Boys” footage in this one. I see a lot of lost boys, non-figuratively speaking, in DUMBO these days driving up rents while hunting for the perfect overpriced craft brew.

“Barren” is perhaps my favorite cut on a record that is, quite honestly, filled with so much musicality. The melodic guitar solo by Ray Suhy (Six Feet Under) in “Barren,” juxtaposed with the blazingly fast tempo of the track demonstrates just how far Tombs come in terms of composition.

This is my favorite TOMBS record to date. I can only hope to hear these songs live much more sooner than later.

Under Sullen Skies releases November 20, 2020 on Season of Mist records. You can pre-order it here. 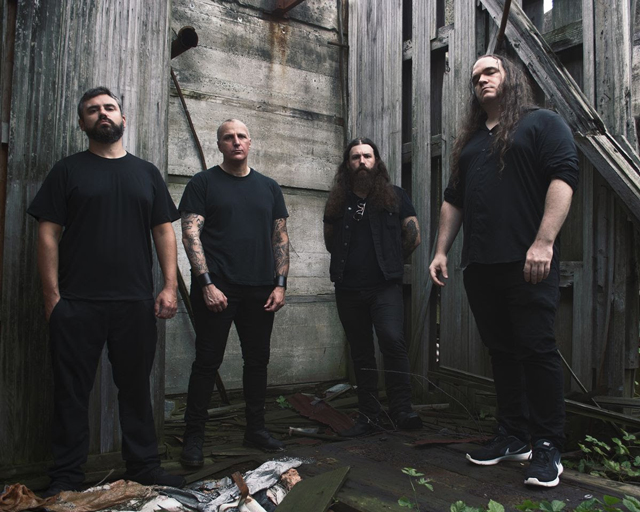