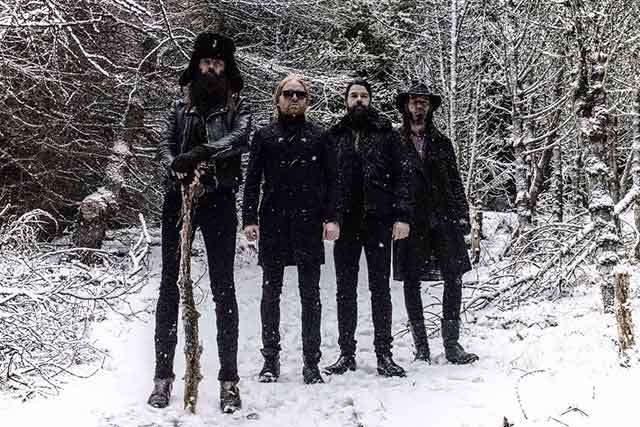 The cozy venue right in the heart of NYC’s most historic and iconic immigrant neighborhood was the perfect locale to showcase Solstafir, in this industry-only event, who, like many legendary and buzzworthy bands and artists before them, cut their teeth playing urban-yet-rustic clubs with heavily trafficked hard wooden floors off the area’s narrow streets adjacent to clusters of past tenements. The perfect place for really expressive music with lots of soul.

While the entire performance was, literally, mesmerizing to all in the room (with the exception of the one guy in the red shirt in the back who kept talking during the song intros) my personal favorite was their rendition of “Fjara” off their post-metal classic record Svartir Sandar from back in 2012. It was great to hear the contrasting vocals of Aðalbjörn Tryggvason on the leads against bassist/vocalist Ragnar Zolberg  hitting the higher range. FYI – Svartir Sandar is my absolute favorite record in their catalog and not just because of the rather enchanting Kim Holm art (who most recently did the newest Abbath record cover).

A special moment was during their serious and melancholy “Black Mountain” which was preceded by a heartfelt explanation about the origin of the song and how it was dedicated to all those who were/are struggling with depression and feeling isolated in dark places. This is a recurring theme as of late in a lot of metal and so many of us in this scene appreciate bands like these guys getting this out more into the open. Solstafir wrote this song as both a personal reflection and as a means to help others who might be finding themselves on their own “black mountain” from time to time.

Iceland’s most striking rockers followed up their Pianos show with a free performance open to the public at the Brooklyn Brewery.

This wasn’t my first time seeing Solstafir and after this NYC performance it most certainly won’t be my last. There’s a lot to like here – even if you aren’t into heavier music, as my friend and guest at the performance would attest to.

Goddess of the Ages

Solstafir will be performing their classic record Kold in full this December at select European cities.  Dates can be found here. 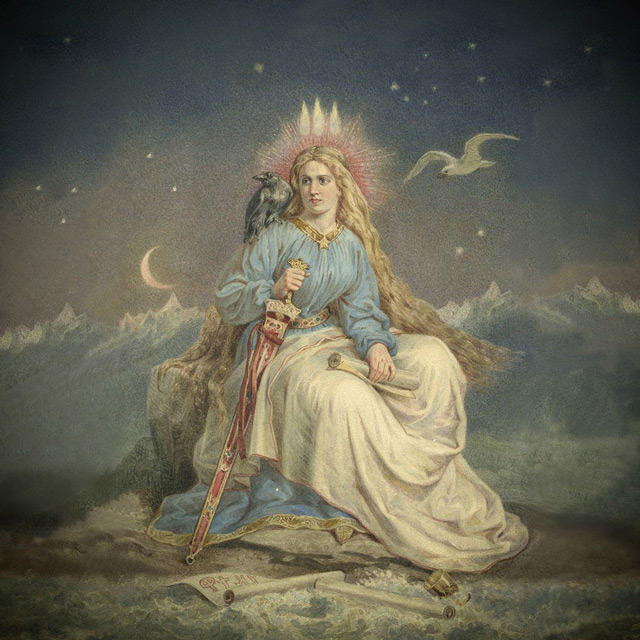