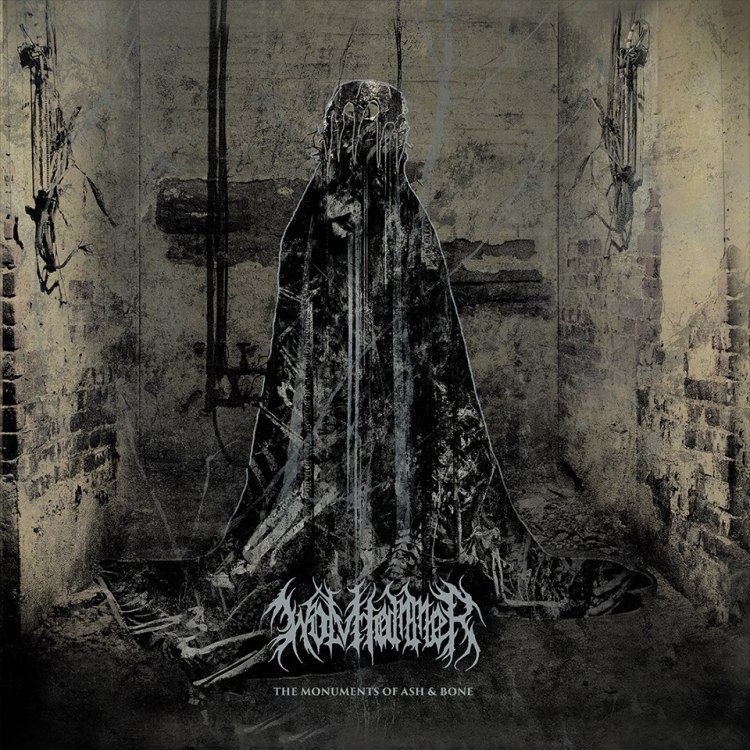 Wolvhammer’s third, highly anticipated release, The Monuments of Ash and Bone, is slated for release in just a couple of weeks. I was able to catch this band a couple years back when they opened for Taake on the most-definitely-not-cancelled tour of the US. There was a ton of buzz about this band back then and there is certainly much excitement about them now.

The Monuments of Ash and Bone is a bit more mid-tempo than we’ve heard from them in the past. Think less of the slow-ooze sludge and more faster riffing. There isn’t a lot of extraneous sound here. This is a bit of a back-to-basics approach for USBM. While many USBM bands have come to rely (maybe too much) on the frills and exotic sounds as of late, Wolvhammer dials all that back a bit and goes for a more traditional feel with their blackened brand of metal.

Ontario’s Uneasy Sleeper studio featuring director David Hall produced a video for “The Law of the Rope” and any day now Tipper Gore is going to resurrect the PMRC after viewing it. The artists here channel their inner Texas Chainsaw Massacre with some Necrophagia school of videography. This is something that most definitely have not seen before.

My favorite track on the record is the first one, “Eternal Rotting Misery,” but “Call Me Death” is also great. While the tracks are all similar, that is not unique for this particular genre. Jarrett Pritchard, who is undoubtedly one of the greatest engineers in metal today recorded and mixed the record in Orlando, Florida. Brian Sheehan does the artwork.

Wolvhammer’s the Monuments of Ash and Bone is on Blood Music Records and can be ordered here.