I have to thank the late, great Rob Campo of Yorktown Heights, New York for introducing me to Stryper back in 1987. Campo, who died tragically in LA many years ago, was one of the first people to get me interested in working in metal media, which technically started for me in 1988. We had a great metal scene in Yorktown in the 80’s with Twisted Sister playing local shows and future metal writers like Chris Alo starting pits at Battle of the Bands in between visits to the McDonald’s I used to work it. Parents: think twice about letting your kids work at McDonalds at the age of 14.

Now I know what you’re thinking – “THIS guy is reviewing Stryper?!” And, yup, I am. Why? Because Stryper is pretty damn… uhhhhh…. darn good! Beside the live performances, which are epic, they indeed have some classic recordings. While I’m certainly partial to the older material, there are some good tracks on their later records as well.

If maybe some of the more recent Stryper records weren’t your cup of tea and you yearned for that more aggressive 80’s sound (ballads notwithstanding) their latest, God Damn Evil, is for you. Since I got the advance of God Damn Evil nearly a month ago, it’s been playing non-stop in my car. It’s THAT good. And the band sounds refreshed and revitalized. Part of this newer, fresher sound clearly comes from the bass work of newcomer Perry Richardson (Firehouse) and the incredible production and vocal efforts from Michael Sweet.

One of the first things you’ll notice on this new record is that Michael Sweet gives us all he’s got. Sweet has always been one of my favorite vocalists and I’m very familiar with his work, but I’ve got to say, Sweet just belts it out with such passion on these tracks. In fact, the first three cuts, “Take it the Cross,” “Sorry” and “Lost” benefit from this incredible synergy that Sweet and Richardson share. Yes, you read that right. Listen to the tracks and you’ll hear what I mean.

That’s not to say, however, that Oz Fox and Robert Sweet aren’t featured on this album, because they are. And, in fact, they present some great musicianship of their own. But the reality is that longtime Stryper fans are going to be completely enamored with the bass on this record and are going to smile gleefully when they hear Michael sing these tunes.

As I mentioned, the first three songs on the record are intense. The chorus on “Lost” is sure to be a fan favorite and “Take it the Cross” has a grittiness to it that we haven’t heard from this band. If the record does have any issue it is indeed that because those first three cuts are so well composed that the rest of the record has such a massive task in front of it trying to keep up. Certainly the rest of the record is not bad by any stretch of the imagination, and songs like “The Devil Doesn’t Live Here” and “The Valley” are going to make listeners recall classic Stryper. A couple tracks seem a bit modern Nashville but don’t let that stop you. If nothing else, some of the tamer tracks offer an entre into the band for newer listeners. And I gather that Stryper will get some new fans with this release as younger generations of rock listeners are looking for intense live showmanship.

Whether you’re down with Stryper’s form of preaching or you aren’t, it’s difficult to not love this record as a metal fan. While many of you know I’m the guy who’s going to be front row center for Watain, I’m undoubtedly going to be catching Stryper live as well – and it’s going to be much more than once. I’m always up for the yellow and black attack.

Stryper’s God Damn Evil will be released on Frontiers Music on April 20th, and can be preordered here. 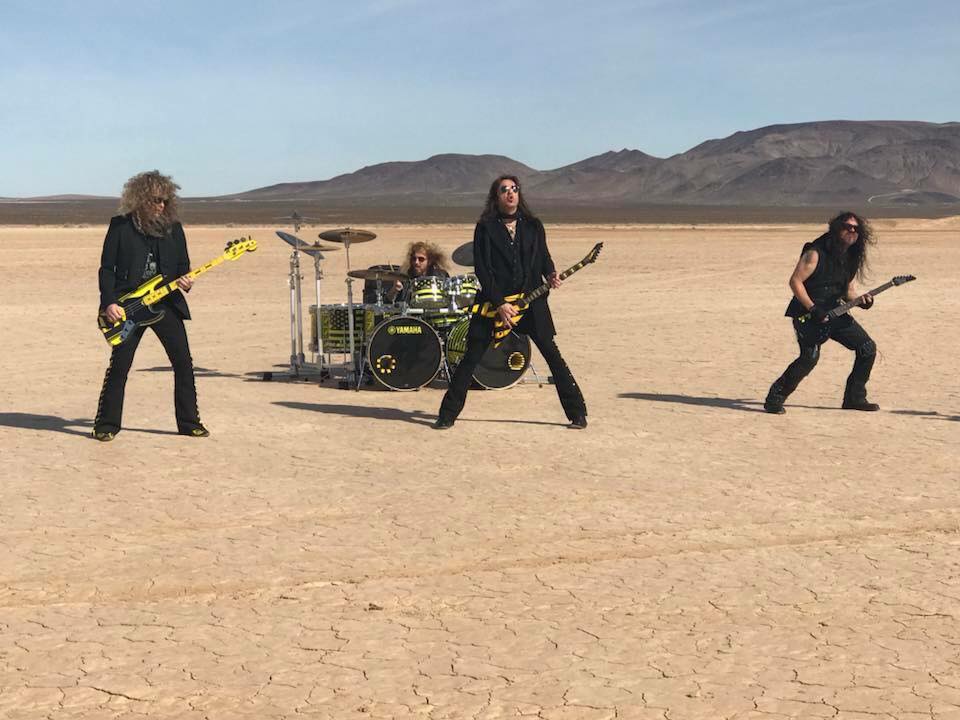