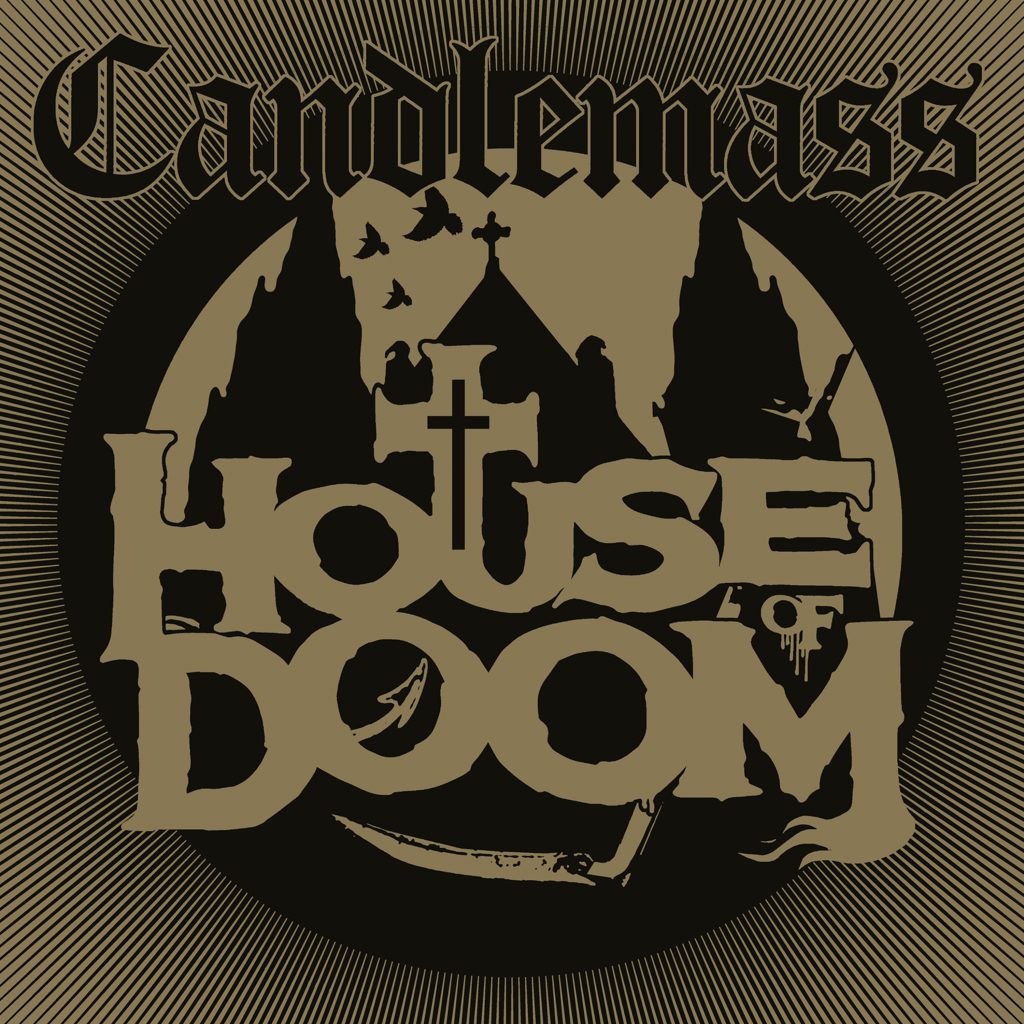 When it comes to doom metal, Candlemass has been a major player since the mid-1980’s. Quite simply, they make the rules and set the agenda, and the rest merely follow. Now, the band is ready to release its new four-track EP, House of Doom. At its heart, the band’s second EP is a follow-up to Death Thy Lover (2016). Death Thy Lover was a celebration of the band’s 30th year in music. It featured vocalist Mats Levén, who came on board in 2012 after Robert Lowe departed. Levén is still around to perform the polished doom that Lief Edling has been selling since the 2000’s. While the genre may be identical to Death, the diverse styles of the songs on House of Doom step into very different terrains.

The title track, which opens with the sounds of church bells, is sheer magic. Here, Candlemass is at its very best: doom and gloom, and heavy and ferocious, while, at the same time, accessible and melodic. Flowers of Deception, on the other hand, is on another level and expects more from its listeners. There are scale changes, tempo changes, twists and turns, and numerous details to enjoy along the way. The melancholic doom ballad “Fortuneteller” features a stunning acoustic guitar and Matt Levén’s voice coming right to the fore. The final track on the EP, “Dolls on a Wall,” is an instrumental that allows the band to let itself go while demonstrating some true guitar freestyling. Each song is different from the rest while showing off the band’s musical diversity. The band has always been about doom but part of the attraction is that its music often comes in many guises.

Vocalist Matt Levén is no stranger to metal. He’s sung with Firewind, Gus G, Therion, Krux, Algebra, Abstrakt, ReVertigo, Trans-Siberian Orchestra, Yngwie Malmsteen, Swedish Erotica, Treat, and many others. Levén’s world-class vocals, along with Leif Edling’s songwriting talents, help keep the band ahead of its competition. Superb riffing (Lars Johansson and Mats “Mappe” Björkman on guitar) and a talented rhythm section (Jan Lindh on drums and Edling on bass) are joined by Per Wiberg’s Hammond magic. Adding the Spiritual Beginners and one-time Opeth man Wiberg was a wise decision, as he clearly has much to offer an already iconic band. Wiberg has played with Candlemass at most of its gigs in the past few years when Edling was out of action through illness.

The masters of doom remain at the top of the tree. They are working on a new album, which they’re planning on releasing later in the year. Until then, House of Doom will remind us of what great music the band is capable of. As well as the EP, a ten-inch version will be available with an exclusive version of the title song, extended to some nine and a half minutes.

Due to the popularity of their music, Candlemass was also asked to be involved in online games development. This particular EP in fact is the soundtrack to an online casino game, with doom-like graphic and metal riffs merging to deliver an immersive player experience. With casinos in the U.S. existing in an ever-evolving and changing landscape, we may well see more collaborations between bands and casinos to create more experiences for fans. It isn’t the first time we’ve seen a casino game based on pop culture, of course. Many are based on bands, movies and TV shows, such as Michael Jackson King of Pop. Movie slots are especially popular, due to their crystal clear sound, authentic video clips, and huge jackpots. Many of the most respected software developers in the industry, such as Microgaming, have developed a number of movie-themed slots in recent years.

House of Doom was written by bassist Leif Edling and produced by Marcus Jidell. David Castillo sat behind the mixing desk, and Maor Appelbaum mastered the record. The EP sounds like a sample of what perhaps is to come, rather than something that stands on its own, but that’s often the case with a four-track record. Death Thy Lover suffered from the same problem. The eight songs between the two records would make for a classic Candlemass album if the tracks were in the right order. Fans will enjoy this but it will be interesting to see if the band’s next full album will be in the style of House of Doom or take us into different territory once more.

The band was originally called Nemesis when it was founded in 1982 by guitarists Anders Wallinge and Christian Weberyd, drummer Matz Ekström, and Leif Edling. In 1984, it changed its name to Candlemass, when it released The Day of Retribution EP and demo recording Tales of Creation. The band’s first album, Epicus Doomicus Metallicus was written in 1986 with Edling, Ekström, Björkman, and Johan Längquist on vocals. The album was completely made up of instrumental recordings, influenced by early Black Sabbath. The cover art became the band’s logo.

The new Candlemass EP, House of Doom, will be available to buy on May 25 via Napalm Records.