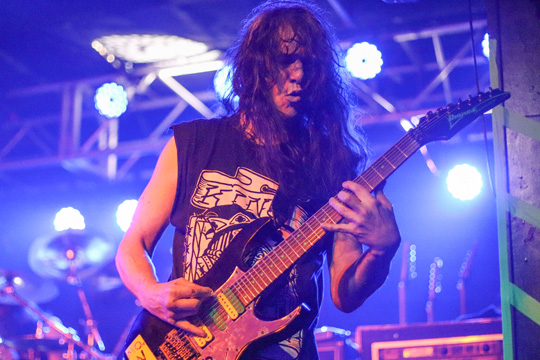 Morbid Angel continues their flight of extremity, in conjunction with their amazing 2017 release, Kingdoms Disdained. The tour stopped in Reading, Pennsylvania this past December 15, 2019 and we were there to cover it.

Ok – because I keep seeing this question come up over and over again – the current version of Morbid Angel DOES play some David Vincent era songs. Both “Blasphemy” from Altars of Madness and Rapture (!) from Covenant were performed and they were amazing! Now granted, if you are only a fan of the Evil D iteration of Morbid Angel, you might be a bit disappointed, however, Steve Tucker does a more than serviceable vocal on both those songs live. Besides, the Steve Tucker Morbid Angel material is pretty darn good. It’s certainly different, but that doesn’t make it not worth giving a chance. And don’t tell me for a second that Kingdoms Disdained is not a huge improvement from that last Vincent-era record (I can’t seem to recall the name of it…)

If you’re a fan of Kingdoms Disdained, there’s no doubt that you want to catch these guys on tour as they play no less than four tracks off that record and open the show with all four. If you’re not a fan of the new record, this is still a show to catch. Great energy and sound throughout and for some reason, Trey seemed to be the most animated I’ve seen him in a long time on stage. He wasn’t always hiding behind all that hair! 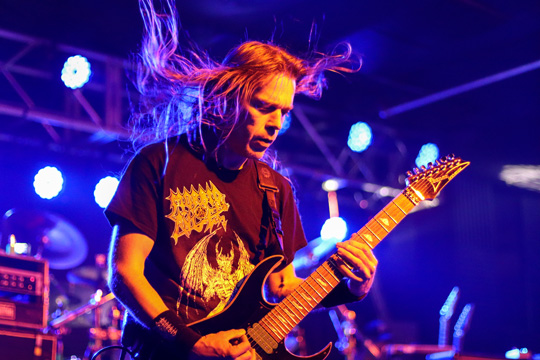