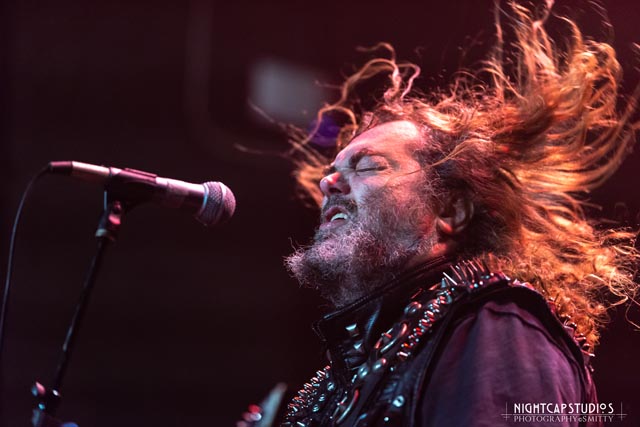 On September 1st, as the entire Tri-State area braced itself for the remnants of Hurricane Ida, Soulfly fans braved their way to New York City’s Gramercy Theatre. Unfortunately, Mother Nature got her show started early, with heavy rainfall coming before doors opening. Luckily the building next to Gramercy Theatre, where the line forms, was undergoing construction, so there happened to be scaffolding out front for some cover, but still getting there was a struggle for fans.

As I finally made it to the venue and inside, I had just enough time to settle in as Niviane was about to hit the stage. The Sacramento power metal band opened their set with their 2020 title track, “The Ruthless Devine.” This was my first time seeing and hearing the band, and I’d have to say even with a minimal time slot, these guys were nothing short of impressive.

Their performance was filled with powerful vocal chops by Norman Skinner and guitarists Mark Miner and Gary Tarplee, fed off each other’s energy, dueled out with classic metal solos we all love. Their overall adrenaline is tied together with the hard-hitting drums of the group’s newest member Isiah AR, (whom I believe is out on his first tour with the band), and the rhythm section of bassist Rick Stallkamp. Perfectly fitting into the melodies, keyboardist Aaron Robitsh heated the very stormy evening. 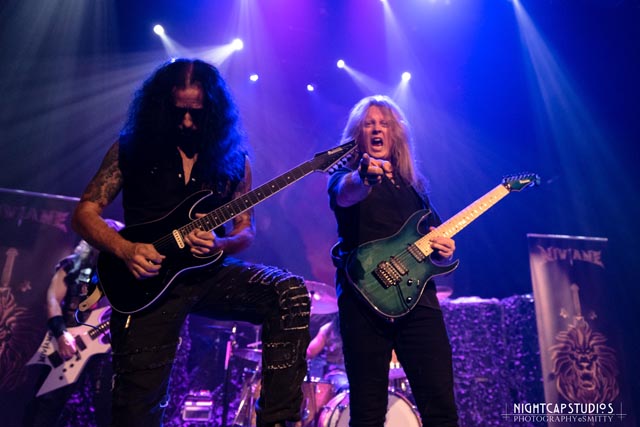 When the restless crowd of diehard fans who braved the storm to attend were eagerly awaiting, it was just then the house music stopped. The lights went dark, and at that moment, a roaring cheer from the crowd erupted as Max Cavalera, to my surprise minus his longtime monstrous dreadlock, took to the stage. Holding his fist high in the air as the rest of Soulfly walked on stage including, Cavalera’s son Zyon, bassist Mike Leon and Fear Factory’s very own Dino Cazares. Cazares recently replaced longtime guitarist Marc Rizzo and personally, for me, I think he is a perfect fit for the band. Soulfly kicked off their set with heavy fan fav “Eye For an Eye,” which immediately set the Soulfly Tribe into a swarming frenzied circle pit while enthusiastically singing along to the chorus word for word. Soulfly didn’t stop there as they continued to pound out the hits with tracks like “Prophecy” and “Bleed” before blowing everyone’s minds as Zyon would take us into the intro to the Sepultura classic “Refuse/Resist.” I’m sure at that point, everyone in the building was thinking the same thing I was, “holy shit are they playing this,” and hell yeah, they did.

Max, as always, was interacting with the crowd, often reminding them he wanted to see the circle going and letting us all know how much he loves playing New York. Soulfly continued to smash through their set while feeding the hungry tribe with more treats like the Nailbomb cover “Wasted Away,” and if that wasn’t, we were graced with a brand new unreleased Soulfly track “Filth Upon Filth.” Max let fans know that due to COVID, production on the album hasn’t been finished and won’t be released until 2022. He also stated that it sounds like the Slayer “Hell Awaits” era meets Soulfly, which for me, a Slayer fanboy, is the best of Slayer aside from “Reign In Blood,” of course I am looking forward to the new album.

If a new Soulfly track wasn’t enough of a set crusher, then the intro for “Arise” kicked in, and just like that, the roar of the crowd erupted once again as the band took everyone straight into another classic with “Dead Embryonic Cells” to end their set.

With the fans still hungry, chanting “one more song” until the band returned to the stage for their encore and properly saluting Dino Cazares with a cover of Fear Factory’s “Replica” and then going on to end the night with Soulfly’s fan fav anthem “Jumpdafuckup.”

Max Cavalera thanked the crowd for coming, which led the group to take their final bow. Fans piled outside into the unknown torrential weather at that time to seek cover under the scaffolding to discover train service in New York City had already been shut down. Talk about devoted fans!

I can only hope that after such a killer show, everyone made it back home safely. 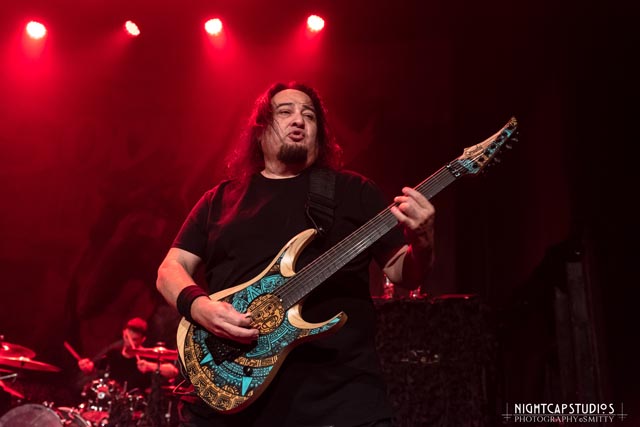