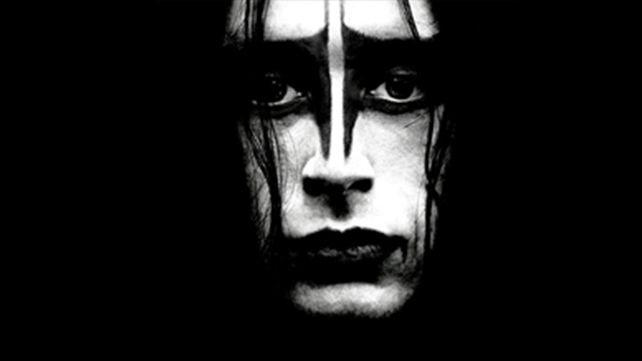 By the very nature of its subject, Jonas Akerlund’s Lords of Chaos isn’t for everybody. Specifically, the black metal subculture by nature, is exclusionary and underground, so trve kvlt grim metalheads (including those that the film was based on) wrote it off as blasphemy before filming even began. Likewise, many mainstream cinema fans may not be interested just based on the fact that it’s about a genre that they might find too hard to take. However, as a film based on the 1997 book of the same name centered around the Norwegian black metal scene of the early ’90s, it’s an unflinching look at rivalry, insecurity, and kids doing dumb shit that succeeds on its own as a film.
Any metalhead worth their salt has read Lords of Chaos: The Bloody Rise of the Satanic Underground. Many others grew up knowing about a slate of church burnings in Norway that were eventually traced back to black metal bands, including Mayhem and Emperor. Black Metal was still in its infancy stages at the time, but Mayhem helped kickstart the genre, and by the end of the book (and film), metal had their own lurid version of the east coast/west coast rap battle that would take place several years later.
Narrated by Mayhem guitarist Euronymous (Rory Culkin), Lords starts out like many a biopic – a kid in a suburban house with a loving family forming a band and claiming he’s going to make it. Things of course get kicked up a notch when Pelle “Dead” Ohlin (Jack Kilmer) joins the band. His propensity for huffing dead animals out of bags, cutting himself onstage, burying his stage clothes so they’ll smell more earthy and throwing dead animals into the crowd helps make the band famous. Obviously, things don’t work out well for him, and it’s what happens after his untimely passing that’s really the focus of the story.
While many films would go out of their way to wallow in cliches about metal, they’re sparingly done here. In fact, the footage that Metallica used from the film in their “ManUnkind” video is probably about a third of the “performance” footage. Indeed, what makes the film success is that it’s more about human nature than anything else. Of course Euronymous knows that he can help the legend of Mayhem grow by glorifying Dead’s suicide. And damned if Varg Vikernes (Emory Cohen) being mocked by Euronymous for the Scorpions patch on his jean jacket doesn’t fuel his anger and make him try even harder to fit in. The film plays off of Euronymous and Varg’s relationship, with their one-upmanship leading to church burnings and eventually, murder. Vikernes, of course, is the villain of the film, and Cohen does a great job of portraying someone as a creepy outsider that goes increasingly off the rails as the film continues.
Akerlund does an admirable job of not romanticizing any of what happened. Lords is plenty violent, with the camera lingering on stabbing and self-immolation. But it doesn’t make suicide or murder look cool or fun, like the horror movies its protagonists continually watch does. (Actually, the church-burnings look pretty rad, but not enough to start a copycat trend like it did 27 years ago).
While it was initially thought that Mayhem’s music wouldn’t be featured in the film, there are a handful of tracks featured throughout, which means that even if Varg is on record (deservedly) for hating the film, someone in the Mayhem camp signed off on their music. Elsewhere Akerlund’s old band Bathory has some songs in the film, along with tracks from Dio, Sodom, and Tormentor, among others. While Sigur Ros signing on to score the film raised eyebrows, their post-rock doesn’t detract from the film either.
From the beginning of the film, which claims that it’s based on “truth… lies… and what actually happened,” you know you’re not getting a 100% true-to-life depiction of the time, but every biopic from Bohemian Rhapsody to Walk the Line takes liberties with actual events in order to make a more compelling story. And while Akerlund didn’t have a bird’s eye view of the story as it actually happened, his time in fellow black metal band Bathory in nearby Sweden likely informed some of the choices he made in directing. As it is, we see Norway looking like a nice country with middle class suburbs as opposed to a grim, frostbitten snowscape. And while we don’t really get much deeper into Euronymous, Dead, Varg and Faust’s motivations than desire to shock, or perhaps boredom, perhaps that’s intentional. Ultimately, while not vital, Lords of Chaos is still a compelling film worth watching.
Lords of Chaos opens in select theaters Friday, February 8th. It will be available on Blu-Ray and DVD on February 22nd.