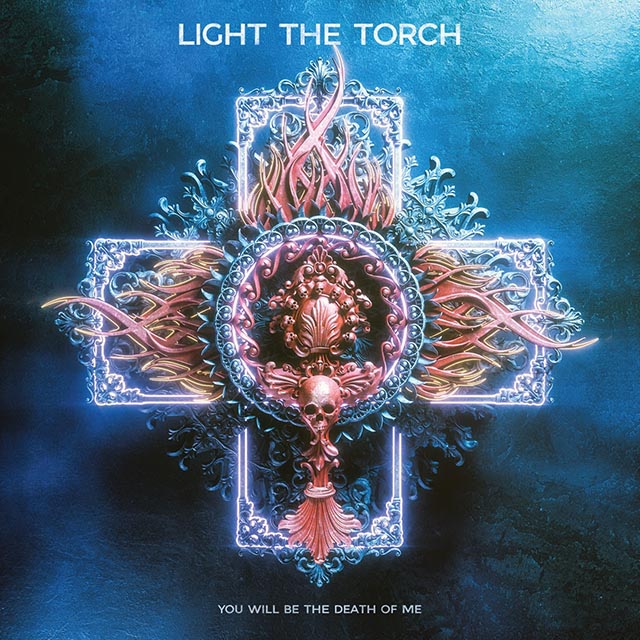 The long-awaited follow-up to 2018’s Revival has finally arrived. You Will Be the Death of Me is the sophomore record under the Light The Torch moniker and is arguably their best record to date, including their previous Devil You Know material with The Beauty of Destruction and They Bleed Red.

This album takes a turn from its predecessor as it grasps dark themes, both lyrically and musically. Frontman Howard Jones is known to deal with his personal demons and writes about that frequently in his music, “Death Of Me” and “I Hate Myself” are great examples.

However, other members of the band suffered their own hardships. Guitarist Francesco Artusat endured an intense car crash that left him unable to play his instrument and do what he loves. Picking up a guitar, which was once effortless, produced pain and struggle. These hardships combined with the pandemic created a dark and emotional atmosphere that rendered itself onto the album, ultimately making 11 great songs. It’s crazy how extreme circumstances can bring out one’s creativity and best work. Take, for example, Mastodon’s Brent Hinds during 2009’s Crack The Skye. He suffered from vertigo, dizziness, and nausea for eight months straight while writing that album. Beauty can come from dark places, and Light the Torch found their way.

Since Howard left Killswitch Engage back in 2012, fans have been yearning for Howard era-KSE material, and this album can satisfy that desire. Their latest offering is still very different from a KSE record, but it incorporates heavy hooks and lavish melodies that exist in both bands. Howard’s overall performance is perfect, and whether he’s screaming or singing, it evokes emotion. This album reaffirms why he is one of the best vocalists in the metal community today.

Artusat is known to be the architect and primary songwriter of the band and has done an outstanding job. Each track can stand alone as their own single and has a little bit of everything. Need something with a heavy breakdown? “Living With a Ghost” is your answer. Need a more mellow and steady-paced song? “Become the Martyr” has got you covered. On each track, you’ll find aspects within the song that will pull you in.

The only track that falls short is the Terence Trent D’Arby cover, “Sign Your Name.” It’s a great reimagined version of the original, but it doesn’t flow with the rest of the record. However, you always got to give a band props for trying something new and moving out of their wheelhouse.

Overall, Light the Torch really put their best foot forward and grew as a band. They finally have a sound that best suits them, bringing out the best in each member. Even though Howard is often the primary focus, every member delivered and came together. You Will Be the Death of Me is a record that will be hard to put down and will keep you wanting more.

Grab your copy of You Will Be the Death of Me here!