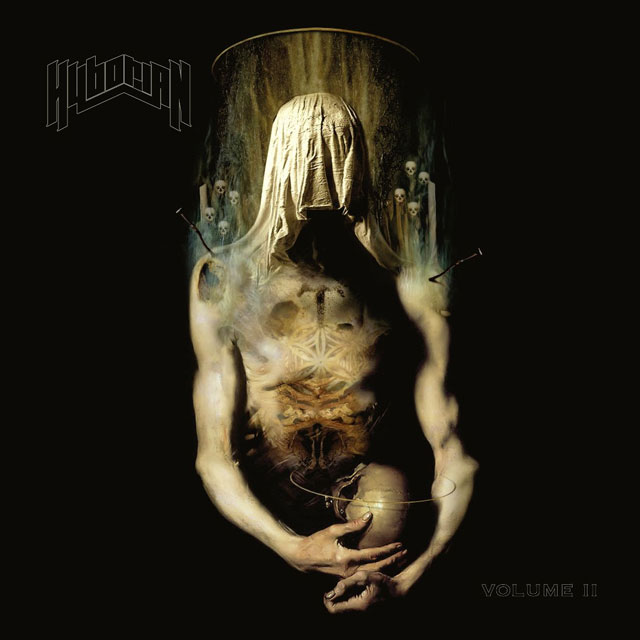 Without any doubt, I feel and hear a lot of Baroness in this record, especially the opener “Driven by Hunger” and not just vocally, but in the guitar a bit as well. Not a bad thing, because Baroness is one of best bands out there in heavy music today. But it’s not anything near a Baroness clone, rather it’s just a small part of a larger composition that also contains some ferocious riffage amongst a bitingly solid rhythm section. There’s even a touch of James Hetfield in the vocal delivery, especially towards the end of the track that really gets the listener more deeply involved in the song.  Happily, it appears Hyborian left out the Metallica-esque preteniousness.

“Stormbound” is another blistering track that is going to appeal to High on Fire fans as well as those who love riff heavy doom. Though much faster than most doom, Hyborian takes more a of cue from traditional heavy metal to compose a song that is diverse yet familiar.

Dualing vocals between Martin Bush and Ryan Bates work really well, especially on tracks like on “Sanctuary” where they trade lead vocals in the verses and then treat us with some alternating harmony and contrast in the chorus. The song builds really well and you really feel the full power of this band when it has all cylinders firing at the same time. One of my favorite songs of 2020 so far.

Songs like “Planet Destructor” have a bit of a nostalgic thrash element to them and tracks like the “Entity” are going to draw parallels to bands like Mastodon circa the 00’s. It’s rather obvious that these folks in Hyborian are avid metal listeners and clearly appreciate the nuance and craftsmanship that goes into metal songwriting. You can honestly hear the appreciation in the band’s compositions.

Without any doubt, I hope to catch this band on tour.