New York Met fans might remember that R.A. Dickey toiled around the minor leagues for over a decade before making it to the show. Flashes of greatness here and there and then really started to work on his skills in those last few seasons of AAA ball.  Goatwhore reminds me of R.A. Dickey. Always good, always working hard and then finally breaking through after years of really grinding it out.

Vengeful Ascension, Goatwhore’s seventh studio release, is the record that brings them to the big leagues. It is still classic Goatwhore but with a more mature, complex sound. The new record gives listeners plenty of the blackened, deathy-doom-inspired thrash they’ve grown accustomed to but with an integration of unique bridges and arrangements that break new ground for the four guys from Louisiana. Sammy Duet’s incredible riffage is still in the foreground, but in a rather new twist, there are portions of a number of songs where Sammy slows down a bit and the band focuses on some later Sabbath-like atmospherics. But Sabbath isn’t the only key influence on this new record. Listeners will hear shades of Motorhead – lots of Motorhead on this one – as well as Monster Magnet, Celtic Frost, and even Jose Mangin’s favorite – Sepultura.

Goatwhore’s newest opens with… drums. Yup. Right off the bat Goatwhore throws us a bit of a curve, which sets the changeup that’s coming down the pike. Jarrett Pritchard, who recently worked with 1349 and the amazing Gruesome, helms the controls on this one and takes the band into some very new directions. Don’t get me wrong, Erik Rutan helped the band create four great records, but Pritchard makes the band take some risks and gets them out of their traditional comfort zone – and it pays off handsomely. Maor Applebaum does a great job mastering. I thought Pritchard’s work was incredible on 1349’s Massive Cauldron of Chaos, really rounding out the band’s signature sound and adding layers of depth, and after everyone gives Vengeful a few listens, it wouldn’t surprise me if Jarrett’s phone starts ringing a bit more.

The opening track, “Forsaken” has many twists and turns that take you through so many different dimensions. The title track, which many have already heard live on their spring tour with Amon Amarth is undoubtedly killer and already a fan favorite. Drums really stand out more in these tracks, and frankly, on the rest of the album a bit more than they have in past band releases.

“Decayed Omen Reborn” features familiar Goatwhore style lyrics but slows the tempo down a bit with some deep, crunchy riffs a bit reminiscent of late 90’s Cathedral and Gaz Jennings. The final cut, “Those Who Denied God’s Will” gives us some straight up tremolo picking right out of Western Scandinavia. I have to admit, it’s probably my favorite song on the LP, but I’m known to a bit biased when it comes to Scandinavia. But unlike so many bands who worship at the tremolo-built alter of Naglfar and Azaghal, Sammy seems to take his influence a bit more directly from Covenant-era Trey Azagthoth with a diverse blending and bridging of picking styles all within the same song.

Goatwhore traditionalists will certainly love “Abandon Indoctrination” and “Drowned in Grim Rebirth,” but quite honestly, Goatwhore traditionalists are going to enjoy listening to all the songs on this record. There’s no filler here. It’s fast, sometimes slow, painfully brutal yet also restrained where needed. This record draws a strong parallel to Behemoth’s The Satanist in that regard. The Satanist is going to go down as one of the greatest extreme metal records of all time. It took Behemoth a number of (quite good) records to get to the artistry, parlay and restraint of that record. It meant not playing all the instruments at the same time all the time and slowing things down every once and a while for some added texture, affect and nuance. Vengeful Ascension is Goatwhore’s The Satanist.  It’s that good. It’s totally what you expect, yet even better.

So while Deafheaven will eventually fizzle out like Kevin Maas (remember him?) and many bands will continue have a rough exit a la Brien Taylor by merely following tired trends, Goatwhore continues to hit their stride. Their live show proves to everyone that these guys are for real and there’s no dependency on pro-tools and gimmicks. They record “track to tape” so any fakery is thrown out the window. It’s like the opposite of Instagram. It’s pure sweat equity with these guys year after year and it pays off.  They’re headlining now with Anciients and then heading out with Venom Inc. in the fall.  Get your tickets now because some of these rooms are definitely going to sell out.

Vengeful Ascension will be released on Friday, June 23rd on Metal Blade Records. It can be preordered here. 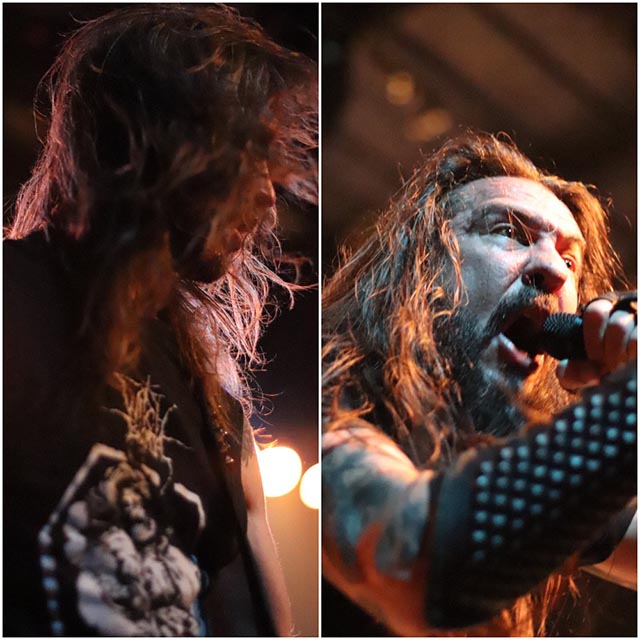