We’ve had a lot of 20th anniversaries recently, and each one that has passed was marked in a very special way. This week, we’re celebrating a vintage release from the catalogue of a band that is near and dear to the hearts of almost every metal fan on the planet. It’s difficult to say what exactly makes Pantera such a staple among metalheads, but whatever it is, almost no other band can claim the level of popularity or respect that this band carries. One only needs to seek out a list of Pantera covers and see the plethora of bands featured there to realize the clout that they still carry to this day. This year, though, marks the 20th anniversary of their best-selling album’s official release, and today, we recall that album with fondness while cheering for the re-release that is premiering. To quote one of my favorite songs from this album, it’s time to rise!

“A straight shot to the face with a closed fist.” That’s the best description I’ve heard given to Vulgar Display of Power, both because of its allusion to the iconic album artwork and the complete, all-encompassing truth of such a description. Completely gone are the glam metal vocals and compositions of the ’80s, replaced by thrashing guitars and smoking drums, all held together by the sinister growl of a man ready to commit crimes. This re-release of the album not only features the long-lost track “Piss” (which has been online for over a month now), but also has a whole second disc jam-packed with videos, including the band’s six-song set at the Monsters of Rock show in Italy in September of 1992. And while Vulgar Display of Power may already be certified as double platinum in the US, you can imagine that this re-issue will push those sales figures even higher in the coming weeks.

Among the major metal bands from Massachusetts, Shadows Fall has worked the least with producer and Killswitch Engage guitarist Adam Dutkiewicz. While Killswitch themselves, All That Remains, Unearth, and The Acacia Strain have all had multiple albums produced by Adam D., Shadows Fall had only used him for their very first album, 1998’s Somber Eyes to the Sky. That all changes on Fire from the Sky, though, as Shadows Fall once again stepped away from veteran producer Chris “Zeuss” Harris (who produced every Shadows Fall album from 2000-2009 except Threads of Life) to work with their longtime friend. It has paid off for the group, as Fire from the Sky is already getting rave reviews and generating a great deal of buzz. Largely unnoticed thus far, though, is the lyrical intensity and thoughtfulness. Brian Fair has outdone himself on this album, and listeners should pay close attention to his words on every song of the album.

With Knives, Schadenfreude (Son of Man)

Next Week: A number of bands hanging between underground obscurity and mainstream prominence debut new material, hoping to find their way into the public eye. Come back to see who is pushing for their big break in one week! 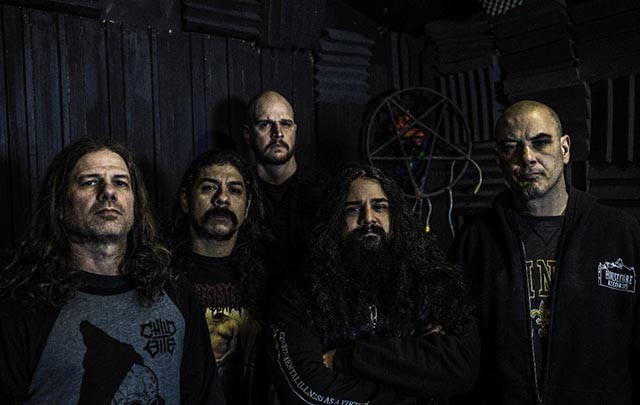