The Mayhem Festival kicked off last weekend and was heralded by new releases from three of its artists. This weekend sees the beginning of another big tour, Summer Slaughter, headlined by comeback artist of the year Decapitated. And while no Summer Slaughter artists have new releases today (although there will be one next week), there are still a plethora of loud and heavy artists hitting the streets with new albums this coming week. So everyone should be picking their driving music for the Summer Slaughter tour dates from the upcoming new releases.

There are also quite a few big debut albums hitting the charts this week. In this economy, I know it’s not often that many people are willing to spring for a new artist that they might not like. But if you can find a way to support some of these new artists, you’re helping to keep the metal scene vibrant and current. So at least check out some of these newbies and see if they fit your tastes.

The Acacia Strain, Wormwood (Prosthetic)
The battle for metalcore supremacy in Massachusetts has been a four-way slugfest for nearly a decade. But when thinking of deathcore in The Bay State, only one name comes to mind. From their humble beginnings on 2002’s …And Life is Very Long to 2008’s massive face ripper Continent, The Acacia Strain are synonymous with beatdown mosh metal. Wormwood differs from previous material in that it was not written around a central theme, but the unmatched brutality that this band is known for will not be lessened even slightly.

Impending Doom, There Will Be Violence (Facedown)
One of the leading bands on Facedown Records’ roster, Impending Doom has set the high water mark in Christian deathcore. The subgenre may not have a lot of easily recognizable names, but few can match the divine fury that these Californians wielded on 2009’s The Serpent Servant. There Will Be Violence features cameos from Tim Lambesis of As I Lay Dying and (ironically) Vincent Bennett of The Acacia Strain, showing just how quickly this band is rising in the metal world.

Early Man, Death Potion (The End)
Traditional metal act Early Man has had a tumultuous five years since their debut album Closing In hit stores. Now signed to The End Records and relocated in Los Angeles, the band has achieved minor hit status via soundtrack appearances in movies (Aqua Teen Hunger Force), video games (MLB 07: The Show and NHL 2K8), and television shows (HBO’s Eastbound and Down). Hopefully Death Potion will gain them more widespread recognition with a full album of quality material.

Allegaeon, Fragments of Form and Function (Metal Blade)
This Colorado-based quintet has a lot of love for combining styles of bands like The Black Dahlia Murder and Decrepit Birth. They have intense technicality sweeping through all of their songs, but there’s some melody in the background as well, providing variety and atmosphere. It’s an interesting style that will hopefully attract a few fans from a wide variety of groups.

Ender, This is Revenge (Eulogy)
The Jersey deathcore group’s Eulogy debut isn’t anything you haven’t heard before. But if you catch these guys on the Player Hatour this month, you’ll see a very odd stage show that can sometimes involve fans humping band members’ legs, among other weirdness. If you’re looking to laugh or be confused, Ender will do it for you in a live setting.

Rosaline, The Vitality Theory (Good Fight)
Unlike the previous group, Rosaline just left Eulogy, signing with Good Fight Music this year. The six-piece post-hardcore group has a semi-experimental nature to them, earning comparisons to early Thursday and Hopesfall. While it may not be original, at least these guys are emulating the best of their scene.

East of the Wall, Ressentiment (Translation Loss)
The result of the breakup of The Postman Syndrome, East of the Wall plays the same style of experimental post-metal that their predecessors played, just without lyrics. Fans of Rosetta and Year of No Light already know about the brilliance of this band, due to East of the Wall’s split EP with the two bands released earlier this year. Fans of other experimental instrumental bands like Animals as Leaders will also want to give East of the Wall a shot.

Mozart Season, Nightmares (Equal Vision)
Another band trying to blend heavy, groove-laden riffs into post-hardcore, Mozart Season has the same appeal and the same drawbacks of bands like Motionless in White and Agraceful. On one hand, they write some killer riffs that any metal kid would love. But on the other hand, their vocals and lyrics leave most metalheads feeling disgusted and disappointed. If you don’t mind the pop-punk influence that shines through on most of the choruses, then Mozart Season is worth a look.

The High Confessions, Turning Lead Into Gold With The High Confessions (Relapse)
This band is pretty much a supergroup with the most diverse history possible, featuring alumni of Ministry, Sonic Youth, Nachtmystium, and a recording engineer that worked with Stereolab. Their Relapse debut has one of the most oddly funny titles seen in a long time, and it’s very easy to categorize their genre as “experimental”. Consider this album a must-buy if you’re a fan of Relapse’s output at all.

Mose Giganticus, Gift Horse (Relapse)
The synth punk outfit’s third album is Relapse’s other big release this week, and also marks the debut of Mose Giganticus for the label. This album is supposedly much heavier and addresses numerous religious topics from a storyline perspective. One can only guess what insanity has spewed forth from the mind of Matt Garfield this time around, although it’s a sure bet that this album will be attention-grabbing.

Chimaira, Coming Alive (Ferret)
The CD/double DVD release chronicles the band’s touring in support of 2009’s The Infection and also delivers the entirety of Chimaira Christmas 10 on film, among other features. Those who’ve never seen the insanity of a Chimaira Christmas Show or only seen clips on YouTube need to pick up this DVD, myself included. The snippets I’ve heard from Chimaira Christmas attendees say that the experience is incomparable to anything else. And even without any knowledge of what a Chimaira Christmas is like, the live setlist is enough to merit the purchase of this DVD.

Next Week: Collisions cause nightmares as we revamp polarity in shadowcast vessels. Confused? You won’t be if you stick with Metal Insider! 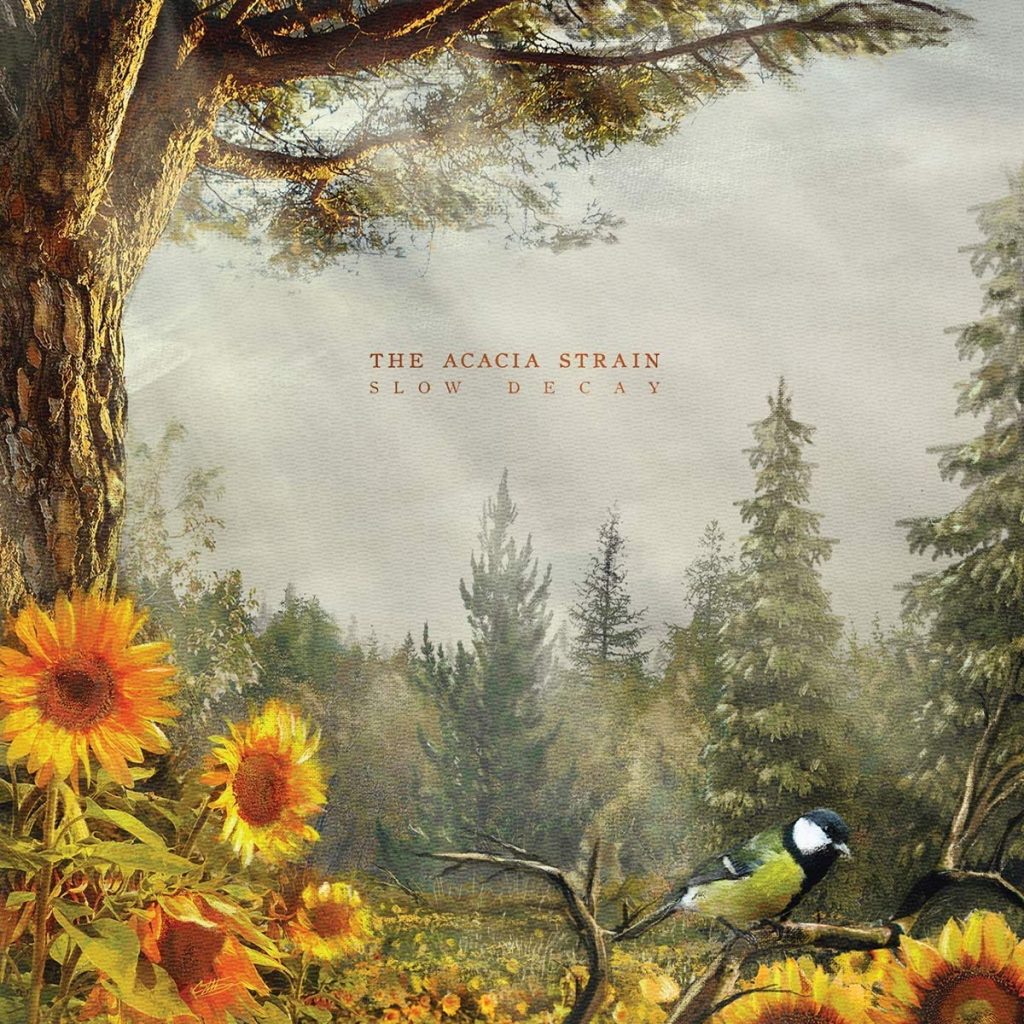