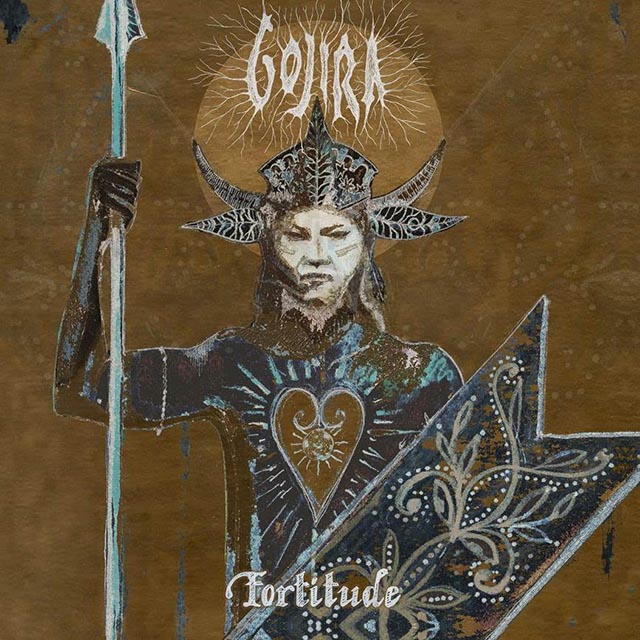 Gojira have finally released their first new record in five years with Fortitude on Friday (30th) via Roadrunner. Arguably one of the most highly-anticipated albums of the year, Gojira have surprised us with a more serene direction over flat-out, in-your-face heaviness. With this changed and yet similar style, we decided to have a headbangers brawl on what we think about the band’s overall seventh full-length effort.

Jeff Podoshen: This is the most accessible Gojira record to date and perhaps this was done on purpose given the important message behind it regarding climate change. Lots of unique and globally-inspired rhythms here. This isn’t just a full-throttle, bass heavy destroyer we might be accustomed to with this band. There is a lot more nuance and texture here, and it really works.  This might actually be my favorite Gojira release upon my early listen as the band seems to have taken a cue from Behemoth and learned that sometimes space in composition is a very good thing.

Chris Annunziata: Jeff nailed it in regards to the accessibility and message behind the album. “Fortitude” is very different from their previous albums and no two songs on this 11 track LP sound the same. As of now, the only non-single tracks I revisit are “Grind,” “Sphinx,” and “New Found.” Those are the only songs that have that “older” Gojira feel, and by older I mean, 2012’s “L’Enfant Sauvage.” I wouldn’t say this album is a disappointment but I was yearning for a return to 2008’s “The Way Of All Flesh” sound and style, as silly as that might sound. Overall, it’s a good record but I’ll have to spin it a couple of more times to get into the outlier tracks.

Zenae Zukowski: Fortitude is nothing and yet everything I would expect from Gojira. After listening to this record a decent amount already, it’s the opposite of their prior effort, 2016’s Magma. The 2016 album was where the group invited us into their pain, where the window was open for us to look into the internal struggle and trauma after losing a loved one. 2021’s Fortitude paints an external viewpoint, highlighting our shared experience of seeing parts of the world crumble.

Therefore, musically, Magma went with darker, heavier aggression, emphasizing vigorous internal struggles, while Fortitude showcases a spiritual direction with earth-like melodies highlighting the earth’s deterioration. Think Baroness meets Gojira with a slight hint of Solstafir. It takes some time to get used to, but we will probably grasp it more by sharing the experience once we hear them play these songs live.

Despite the musical change, Gojira still never disappoints as they continue to flourish as one of the biggest metal bands in modern history. I keep gravitating towards singles “Born For One Thing,” “Amazonia,” and “Another World.” However, I do get locked in with “New Found,” “Sphinx,” and need tissues whenever I listen to “Hold On.” Despite their different approach with softer riffs and bold drums, I have warmed up to it, where this makes me excited to see where the group will move towards next.

Bram Teitelman: My first thoughts are that damn, Gojira are brilliant. There’s no other band that sounds like them, except for the bands in their wake so obviously influenced by them. That puts them at a bit of a disadvantage, however, in that 20 years into their recorded career, you pretty much know what you’re going to get with them. They stepped outside of their zone the most with their last album, Magma, by embracing clean vocals and tempering their sound without losing their edge, and it resulted in a handful of Grammy nominations, including Best Rock Album. Thankfully, they didn’t sell out and start writing songs with hired guns, and as a result, Fortitude sounds well, like Gojira.

My initial thought is that there aren’t any out and out bangers, like “Silvera” on the last album, the title track of L’enfent Sauvage,” or “Flying Whales.” Another World” has been kicking around for almost a year, to the point that I thought Spotify was trolling me and switched to Magma a few songs in. The first song to truly sound different is “The Chant,” which is a cool, beautiful song that feels about twice as long as it needs to be. “Into the Storm” is one of the heavier songs they’ve put out in a while, but still has a great chorus, and might be the highlight of the album for me. I also don’t know that I’ve heard the choir-like backing vocals on “Sphinx” from them before. And lyrically, they remain on point with a consistent message, which is rare for any band.

I like this album. But a handful of listens in, I’m not able to say “I love this album,” which was instinctual for me with the band’s releases until this point. But pretty much, you know what you’re getting with it. Solid riffs, pick scrapes here and there, and top notch production. I have nothing bad to say about it, in that even an OK Gojira record is more ambitious, better and more memorable than 98% of anything else out there. And I’m not even sure I expected more from them at this point, which goes back to my first sentence. But a few listens in, it’s a little too samey, and not reinventing the whale (see what I did there), even if it doesn’t need to. 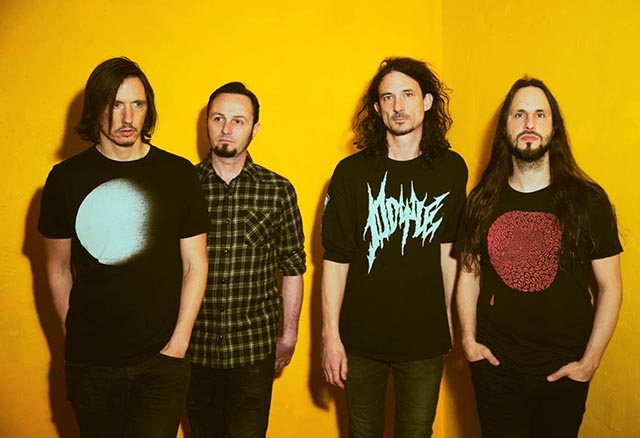