Although there’s starting to be a bit of a backlash against Record Store Day, it’s still essentially Christmas for independent record stores and a great way to pick up unique vinyl or stuff that had been long out of print elsewhere. As we know, there’s a second Record Store Day on Black Friday, and there’s a solid amount of metal and hard rock to pick up at your local indie store. Here’s what they’ve got on tap this year.

Earlier this month, the original Alice Cooper Group played a set at Good Records in Dallas, TX. This 7″ includes “I’m Eighteen” and “Is It My Body” from that set. There are 2500 copies in different variations, including 100 that were signed by the four original members.

This six-song set recorded on December 22, 1990, was initially the band’s first home video. Appearing for the first time on vinyl, it includes “It Ain’t Like That,” “Man in the Box,” “Real Thing,” “Love, Hate, Love,” “Sea of Sorrow” and “Bleed the Freak.”

Anthrax, “Monster At the End”/”Vice of the People” 7″ (Megaforce)

Want to hear an unreleased Anthrax song? This 7″, limited to 1,500 copies, is the only way to get it (until someone goes home and uploads it).

Bolt Thrower are done now, and their eighth and final album, 2005’s Those Once Loyal, gets its own 1,000-copy special gold vinyl pressing.

This 2007 album from the band was recorded on all ’70s-era equipment, and is being reissued on two albums. One of the discs is silver, and the other is clear.

Extreme’s classic sophomore album turned 25 and the band reunited and played it live earlier this year. Already available on CD and Blu-ray, now you can pick up 1 of 1500 on double vinyl.

Fade to Bluegrass: The Bluegrass Tribute to Metallica (Pickin On Series)

If you like Metallica, but don’t like all that noisy metal music, this could be the album for you. Alabama band Iron Horse first recorded this album in 2003, but it’s never been out on vinyl before. And since you can’t get Steve ‘N Seagulls on vinyl either, you might as well be one of the 1,000 people to pick up this.

Ever wish you could have audio versions of GWAR’s AV Club Undercover sessions? You can have a few of them now! This picture disc EP features Oderus Urungus on one side and Blothar on the other, with the band’s covers/mashups of “Get Outta My Dreams, Get Into My Car”/”Baba O’Riley” and “West End Ghouls”/ “People Who Died.”

In This Moment, A Star-Crossed Wasteland (Wargod)

This is the first time that the band’s third album has been issued on vinyl.

It’s hard to believe that this is the first time 2000’s Brave New World, Bruce Dickinson’s return to Iron Maiden, was never out on vinyl before. This is limited to 2,500 copies.

Who doesn’t love Canadian humor? The 35th anniversary of this SCTV holiday classic is backed with their hit single, “Take Off,” which features Rush’s Geddy Lee singing the chorus. It’s a beauty way to go!

If you were worried that once Motley Crue retired that they would stop releasing music, you don’t have to worry about that. This die-cut 7″ picture disc is probably the first in a long line of Record Store Day items from that. This is limited to 2,500 copies.

This 7″ single features unreleased songs from both bands. Napalm Death’s tracks are “Like Piss to a Sting” and “Where the Barren In Fertile,” while Melt Banana’s are “Killer Garden in the Bottle” and “Sakura Spiral.” It’s limited to 2,000 copies.

If you got a chance to see the documentary about troubled bassist Jaco Pastorius, you no doubt came away with a newfound appreciation for him. This soundtrack, limited to 2,000 copies, is the first time the soundtrack has been on vinyl, and features his original music and his appearances with the likes of Weather Report and Ian Hunter.

Prophets of Rage, The Party’s Over 12″ (Caroline)

If you missed the party when this came out earlier this year (derp!), then maybe you’ll want to pick up the vinyl version of this five-song EP comprised of everyone in Rage Against the Machine but Zack de la Rocha, but with Public Enemy’s Chuck D. and Cypress Hill’s B-Real in his place.

Did you like Puscifer’s Money Shot album, but wished it was remixed and out on vinyl? Well, your dreams could come true if you’re one of 2,000 to pick this up on November 25th.

This 16-track RSD Exclusive album features the best of two live shows recorded 40 years ago. It was assembled by Craig Leon, who produced the band’s first album.

Last year, Refused surprisingly came out of retirement and made a great album. “Servants of Death” was one of the highlights of Freedom, and this EP features both the original and a remix of that song, several live tracks, and “Stone Voices,” a never-before-heard song. Limited to 2,000 copies.

Better known as SOMMS, this CD EP originally was Badmotorfinger‘s bonus version. It’s never been out on vinyl before, but since it’s the 25th anniversary of that album, why not do it now, especially if you like Black Sabbath and Devo covers. Limited to 3,000. Track list: “Into the Void (Sealth),” “Girl U Want,” “Stray Cat Blues,” “Shea’s A Politiacian,” “Slaves & Bulldozers (live)”

The sophomore album from Uncle Acid was the one that first brought him to attention on this side of the Atlantic. There will be 1,000 copies of the 2011 album pressed on lavendar vinyl,

The classic 1982 album that gave name to a genre is being reissued in picture disc form. It’ll be limited to 1500 copies.

It’s hard to believe that Volbeat’s fourth album from 2010 has never been issued on vinyl before, but here we are. 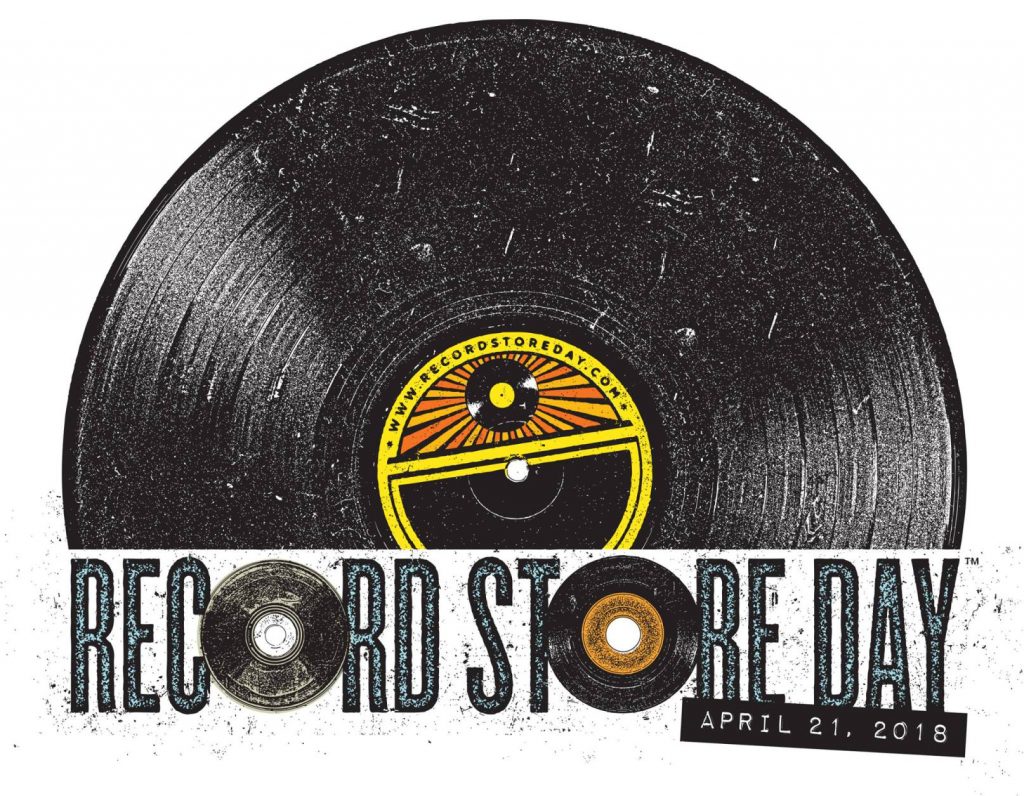