A quick social media scroll could show how serious people take themselves as many allow the outside world to depict on their overall actions. They cringe on judgment and criticism and always be at a constant state of worry. Then you have the Detroit rockers, Wilson, who’s more focused on how short life is than caring about an outsider’s opinion. While their music has changed as you can see in their latest effort Tasty Nasty, their spirit has grown, and you either love or hate it, and it won’t matter either way. Seeing the group’s live performance will remind you how to let go of all judgments and have a good time instead. With that being said, Wilson recently wrapped up their headlining U.S. How to Be a Baller trek with Hyro the Hero, and we were there for their show on October 29th at Saint Vitus in Brooklyn, New York.

Wilson invited their Detroit friends Messenger Birds to open up the night for the Greenpoint audience as they expressed the form of brotherhood that goes on in their Motown city. The duo presented a more atmospheric style, which was a combination between Arctic Monkeys and Russian Circles. However, different. Their set mellowed out the audience, in a good way as it was just what they needed before Hyro the Hero cranked up the room. 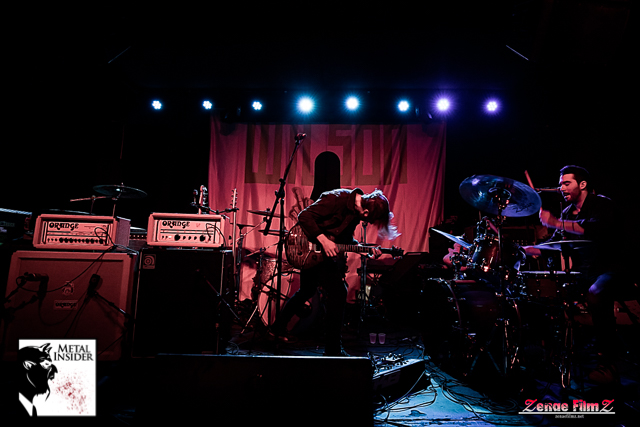 Seven years have passed since Hyro the Hero’s debut album Birth, School, Work, Death was released. During his absence, chaos emerged to the point Hyro thought it was time to return and speak on today’s madness and released his sophomore effort, Flagged Channel. On this evening, Hyro’s hip-hop mixed with metal had the entire venue move along as he presented a Rage Against the Machine revamped sound. Between the chemistry of Hyro and the rest of the band to his unstoppable energy, everyone’s eyes were mesmerized with his brilliant havoc.

Wilson picked up where Hyro left off, in the sense of a revamped 90s feel as they reminded you of everyone you loved or hated during that era. It was impossible not to savor their set as these guys are enjoyable performers and gave it their all while not taking any of it too seriously. The group changed their musical direction after frontman Chad Nicefield dropped Acid in Asia, which essentially reawakened his 90s kindred spirit. Regardless of the band’s change, their vibrant performance is what many need right now as it was an evening of pure adrenaline and joy as the group went into songs from their new album including “Drumstuck,” “Like a Baller,” and “Fuck Up My High.” Their set was full of jovial moments, which also included the group covering Chumbawamba’s 1997 classic “Tubthumping.” Additionally, as Chad has expressed earlier that night on the band’s brotherhood and friendship sentiments, they asked Hyro to join them for a song.

It’s never easy attending a show on a Monday nor going anywhere at all on the worst day of the week. However, Wilson made the Brooklyn crowd’s week a little more baller. Wilson will once again join forces with Steel Panther at the end of this month for another round of US dates. 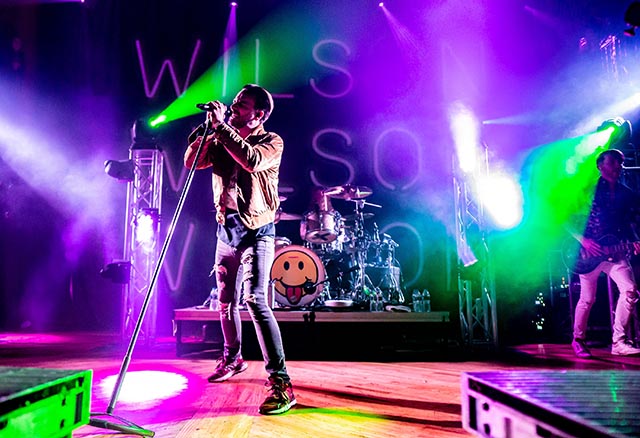