Paradise Lost are currently on their first North American tour in six years. Their return was not only a celebration of their latest effort with 2017’s Medusa via Nuclear Blast, but it also marks the commemoration of the death/doom pioneers 30th anniversary. Joining them during this celebratory trek were Iceland’s Solstafir and Chicago’s The Atlas Moth. We were lucky to catch them on the second night of the run on October 3rd at New York City’s Gramercy Theatre.

Many fans arrived early and dressed for an evening of iconic gloom and misery. Kicking off the night was The Atlas Moth as they were there to shred on the dim-lit stage to promote their latest effort Coma Noir, which was released earlier this year via Prosthetic Records. These sludge metallers captured the crowd’s attention as they performed songs such as “The Streets of Bombay,” “Coma Noir,” “Galactic Brain” and “Chloroform.” 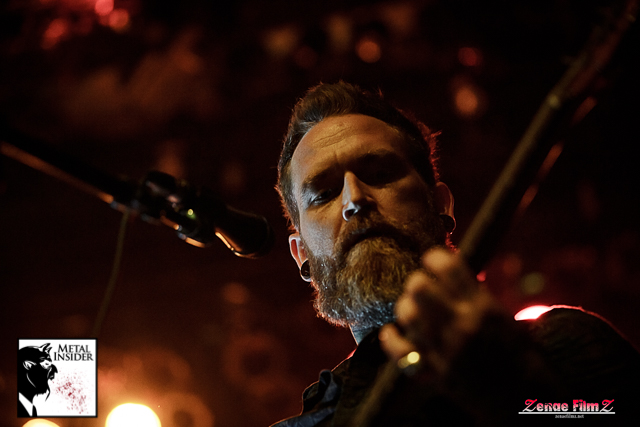 Solstafir were up next, which also marked the group’s overall third North American trek in their twenty-plus-year career. However, these post-metal giants were the perfect pairing for Paradise Lost as though they were the gouda to a fine glass of Pinot Noir. The bleak lighting enhanced the group’s emotional and powerful material as they presented 2017’s Berdreyminn to the crowd. During the end of their set, frontman/guitarist Aðalbjörn Tryggvason walked on top of the barricade to embrace the crowd. This evening proved how compelling their tunes are in both a live and studio setting, which would be no different whether they performed in darkness or a bright Guns N’ Roses setup. 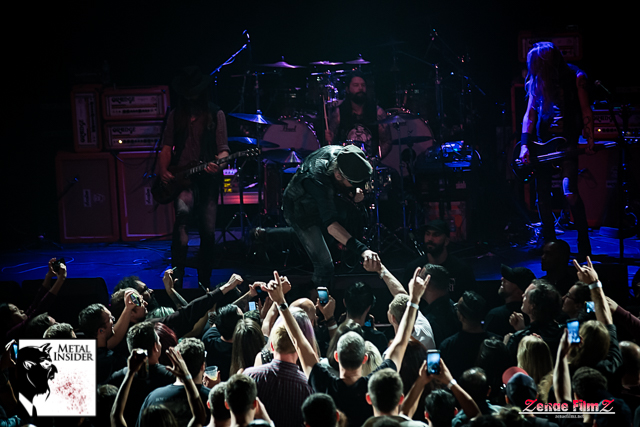 Fans had enough time to sulk in their misery and despair by grabbing another round at the bar before Paradise Lost was ready to stab the house with more heartache and suffering. There was no room for happiness as the lights continued to cater to grief, sadness, and sensational tunes. These British metal masters reminded all that the glass isn’t always half full as they moved into classic songs such as “The Enemy,” “Pity the Sadness,” “One Second,” and “Gothic.” The great torment continued when the band brought Medusa to the platform with the song “Blood and Chaos.”

The band kept their promise as their set continued to flow with songs throughout their thirty-year career. The group was engaged with the audience as they presented a night of unraveled emotions, one that could awaken the concertgoers on the difference between actuality versus cheerful delusions. Songs continued with “Enchantment,” “Erased,” “Medusa,” “An Eternity of Lies,” “As I Die,” “Beneath Broken Earth.” By the time the song “Faith Divides Us – Death Unites Us,” there must have been a few tears hidden behind the moshing and headbanging.

Paradise Lost left the audience begging for more after performing songs “True Belief,” “No Hope In Sight,” “The Longest Winter,” and “Say Just Words.” It was a night no one could forget, as the group soothed their fans with everyday melancholic realism. 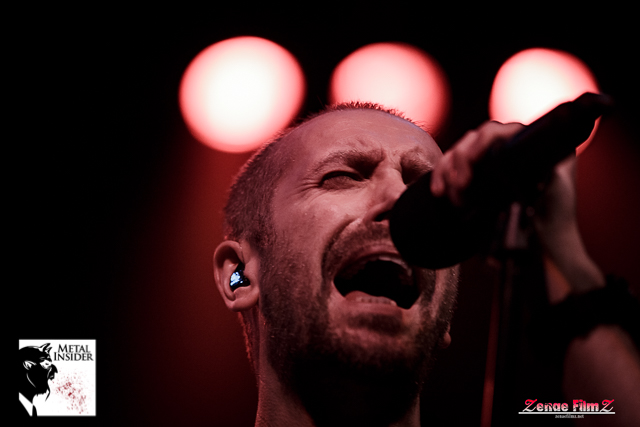