When the summer festival season arrives, bands tend to pack in a few extra dates to make a short tour out of it. With these particular treks, it can make any fan feel extra special as there’s some unspeakable uniqueness about it. For those who recently attended one of Gojira’s sold out shows on their Road to Roo run, would know what we’re talking about (just check out their set list here). With that being said, Meshuggah embarked on a tour that circled around their scheduled festival dates that included Welcome to Rockville (read our review here), Epicenter, Sonic Temple, and Chicago Open Air. These Swedish extreme metal giants invited The Black Dahlia Murder as their special guests for the short trek and we were at their New York City show on May 16th at Hammerstein Ballroom. Unfortunately, we didn’t make it in time for The Black Dahlia Murder, however, we were there just in time for Meshuggah.

There’s always an extra bit of excitement before seeing Meshuggah live. Regardless of how many times you’ve seen them perform and how similar their presentation may appear, they consecutively deliver greatness. This said greatness surpasses their overall presentation as the unique lighting setup adds to the mix. At first glance, one can consider Meshuggah’s stage show a ninety minute strobe-light experience. However, if you watch from afar, you will see how particular the lighting moves with each song as each track represents a different mood. You will get lost and in some sense “stoned,” without needing any substance while being spellbound throughout their entire set. And that’s what happened this night as they continued to bring 2016’s The Violent Sleep of Reason to the stage.

The Hurt That Finds You First 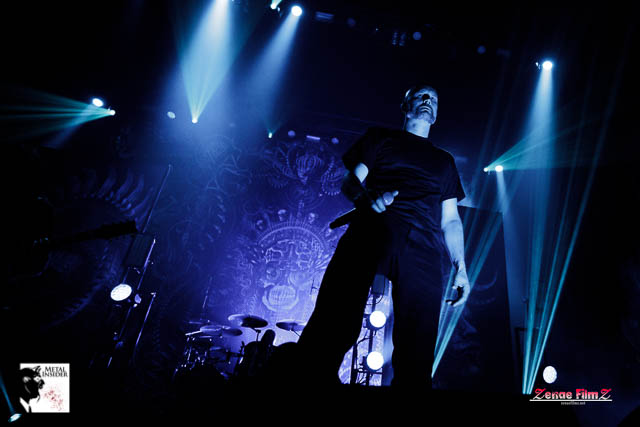 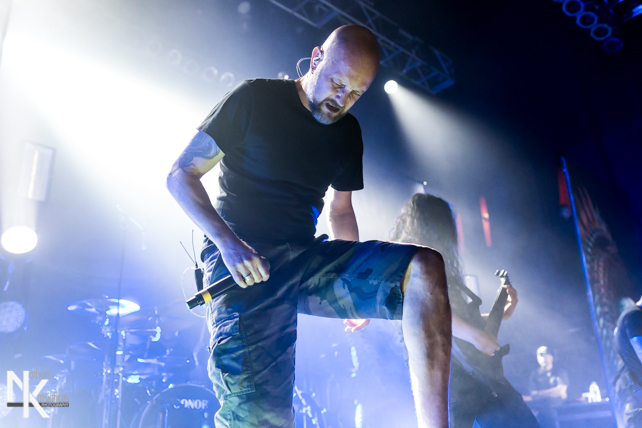