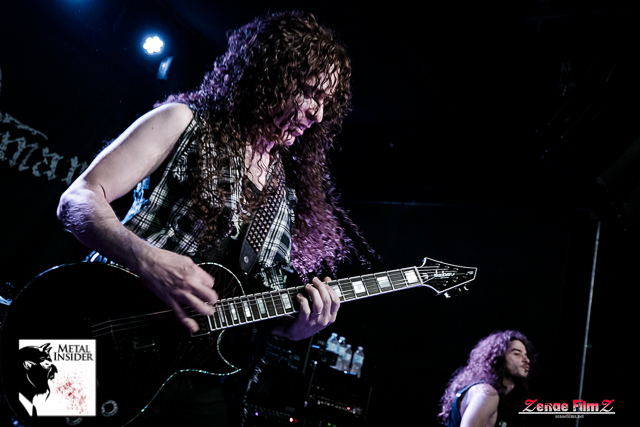 Marty Friedman recently concluded his month-long One Bad M.F US trek in support of his live album, One Bad M.F. Live! a few weeks ago and we were there during the tail end of the run on February 22nd, 2019 at Brooklyn’s Saint Vitus. The venue was packed from the get-go as fans were curious to see Friedman shred for over an hour and others were eager to hear a few Megadeth tracks. Ultimately, everyone was in for a surprise on that Friday evening.

Texas progressive/power metal act Immortal Guardian opened up for Friedman as they supported their new album Age of Revolution, which released in September 2018 via M-Theory Audio. Their energy alone showed a glimpse of bands such as Riot, Helloween, Edguy, Dragonforce, and Angra, and we enjoyed every moment of it. Frontman Carlos Zema projected his voice that could make one wonder if he found a way to obtain training from the late Ronnie James Dio. While Zema continued to impress the room, Gabriel Guardian stunned the crowd as he somewhat appeared as two different people due to simultaneously playing both the guitar and keyboard. Meanwhile, bassist Thad Stevens added another unique blend to the mix as the group went into songs such as “Trail of Tears,” and “Stardust.” Hopefully, these guys will circle back to New York sooner than later. 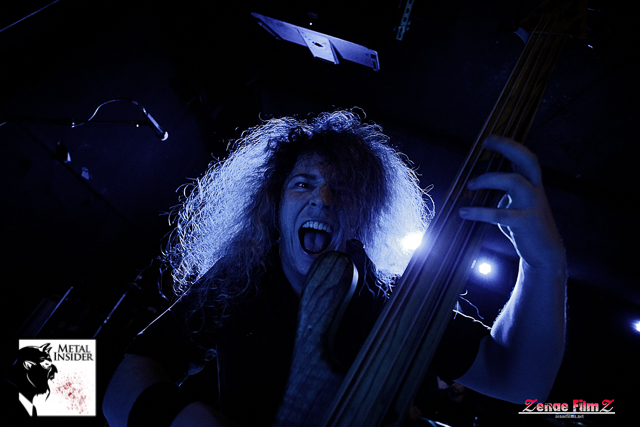 After a short break, it was time to see Marty Friedman take the stage and at this point of the night, there was barely any room to move as the floor was packed from arm to arm. One could easily say, Friedman, brought Tokyo with him as he has changed since his move back in the early 2000s. When Guitarworld announced Friedman’s tour, the guitarist warned all that “my band outshines me every night.” Depending on where you look at it, there was some truth to it as bassist Kiyoshi, guitarist Jordan Ziff and drummer Chargeeee showcased different personalities.

We were taken back by Friedman’s entire show as it was a unique performance seeing a band raise an incredible back and forth engagement with the crowd. As Friedman continued to shred, Chargeeeee continued to point to the fans encouraging all to cheer. Additionally, Chargeeeee reminded us of a younger Yoshiki from X-Japan. Friedman connected with his members well as everyone had a moment to shine by having their own solo. While there were fans that wanted to hear a bunch of Megadeth songs, Friedman mainly went into tracks from his solo catalog. However, he did save songs such as “Tornado of Souls” during his Mutation Medley. Songs Included: “LA high Ball,” “Hyper Doom,” “Amagigoe,” “Street Demon,” “Elixir / NO tsume Riff,” “Devil Take Tomorrow,” “For a Friend,” “The Ninja (Cacophony song),” “Bad D.N.A.,” “Mutation Medley (Kiyoshi Solo / Ashes / Forbidden / Tornado),” “Whiteworm,” “Self Pollution,” “Dragon Mistress,” “Thunder March / Ballad of the Barbie Bandits” and “Kaeritakunattayo.”

Overall, the evening went pretty smooth. While Immortal Guardian impressed us with their strong sound, Friedman’s mastery surpassed all expectations. 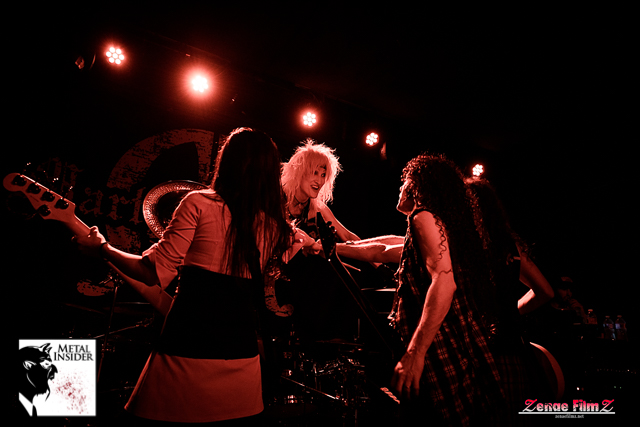 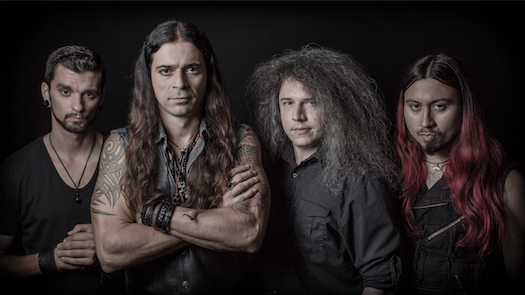