Dimmu Borgir returned to New York City on Saturday (25th) at Playstation Theater. Not only did it take eight years for these Norwegian symphonic black metallers to create a follow-up to 2010’s Abrahadabra with Eonian, which was released on May 4th via Nuclear Blast, it also took them around the same duration to return to the city that never sleeps. Before this night, the last time the band performed in NYC was on November 8th, 2010 at Terminal 5. The group kicked off their short tour that consisted of four dates on August 19th at Psycho Las Vegas, and we were lucky to be there for the final night in NYC.

While we’ve seen artists release an album a decade or more apart from each other, we’ve also seen bands come and go between 2010’s Abrahadabra and 2018’s Eonian. However, Dimmu Borgir made their landmark since 1995’s For all tid and provided twenty-five years of unique extremities that we will never forget. Depending on when someone became a Dimmu fan, whether it was from 1996’s Stormblåst, 1997’s Enthrone Darkness Triumphant, or even 2001’s Puritanical Euphoric Misanthropia, didn’t make a difference that night as the packed house was split between those who have seen Dimmu live before to watching their set for the first time, ever. 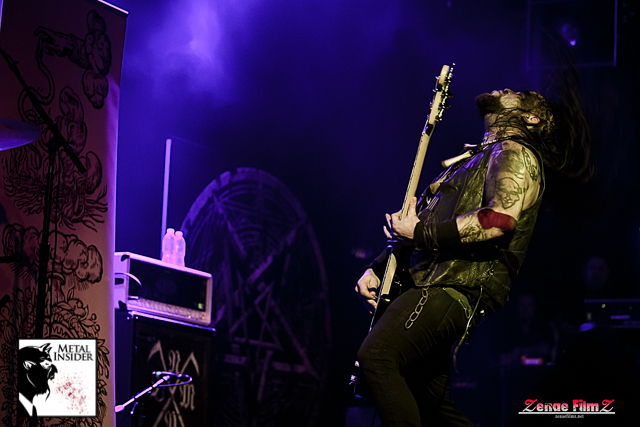 NYC’s black/thrash metallers Black Anvil started the evening as they set the tone with dimmed lights and relentless aggression. The group continued to promote their latest effort, 2017’s As Was, as the crowd headbanged throughout their performance. 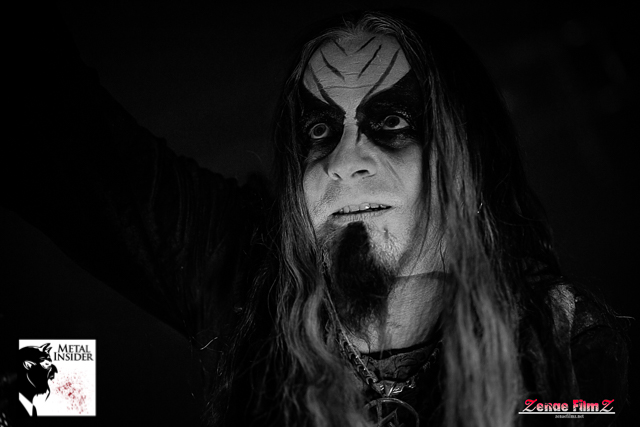 The vibe was different that night than your typical metal show, feeling more of a special celebration. This feeling turned out to be from the fans’ natural excitement being their first time to see the group in either eight years or, ever. When Dimmu Borgir walked onto the platform covered in black hoods, no one knew what to expect as they opened the night re-introducing Eonian to the audience with “The Unveiling” and “Interdimensional Summit.” It didn’t take long for the crowd surfers to kick in as they fled by like sound-waves on a stormy metal night. As the stage switched from foggy blue to blood red, the group brought 2007’s In Sorte Diaboli to the crowd with “The Chosen Legacy” and “The Serpentine Offering.” At that point, the audience in the packed house either moshed, headbanged or raised their phones to capture the performance. Essentially, everyone was moving and embracing the moment.

Next up, the band went into 2010’s Abrahadabra with “Gateways” and “Dimmu Borgir.” It was evident that the band meticulously planned out the setlist as they went back in time once again with 2001’s Puritanical Euphoric Misanthropia performing classic songs “Puritania” and “IndoctriNation.” It was at this moment when the mosh pit expanded as no one ran out of energy. Shortly after the classics, Dimmu Borgir reminded all why they returned in the first place as they went into “Council of Wolves and Snakes” and “Archaic Correspondence” from their latest effort.

Unfortunately, while no one wanted the night to end, Dimmu Borgir closed the evening with two notable tracks – “Progenies of the Great Apocalypse” from 2003’s Death Cult Armageddon and “Mourning Palace” from 1997’s Enthrone Darkness Triumphant. While fans waited a few extra moments in hopes to see an encore, it was only a matter of time until the Playstation Theater’s house lights went on. Although their performance felt a bit short by 3-5 songs, overall, it was executed with near perfection.

Whether someone became a Dimmu fan from 2018’s Eonian, been there from the beginning or somewhere in between, the crowd left the night with a feeling of joyous fulfillment. With that said, HOPEFULLY, and yes an all caps HOPEFULLY, Dimmu Borgir will return in less than eight years.