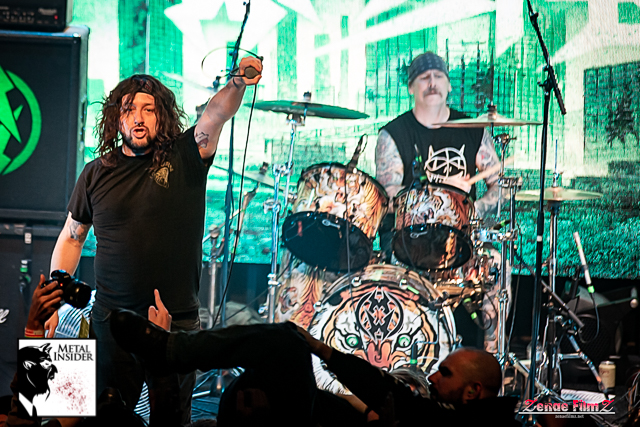 Municipal Waste just wrapped up their Speed of the Wizard trek last night (26th) in Santa Ana, CA. The tour didn’t start off too well when High on Fire were forced to drop off from their co-headlining spot due to Matt Pike’s medical emergency resulting in a partial amputation of one of his toes. However, when we spoke to Ryan Waste before their show in Brooklyn NY on November 11th, he stated:

“​It’s actually great. I mean, it’s a real shame about Matt. The people are still coming out so it’s kinda like a test that we unintentionally played on ourselves. But we’re packing the room still. I think maybe people that wanted to see High on Fire didn’t return their ticket, they’re still coming out. They’ve shown a lot of support too. We’re pretty stoked.”

Therefore, the crowds didn’t dwindle as we were there for a night filled with a double dosage of waste in Brooklyn, NY when Nuclear Assault were added to the bill with Toxic Holocaust and Haunt. Brooklyn’s Warsaw is a semi new venue to the scene. However, it is arguably one of the best locations to put on a show. While the stage filled the concertgoers with thrashing tunes, the place itself stuffed everyone’s stomachs with Polish cuisine including beverages such as a special  Zywiec Beer and food offerings from pierogies, kielbasa, and more. It was a delicious treat.

Speaking of refreshments, California heavy metallers Haunt kicked off the evening as they presented their debut full length album Burst Into Flame to the packed house. Their energy fit well with what was next to come as they continued to shred through songs such as “Burst Into Flame,” “Reflectors,” “Crystal Ball,” “Wanderlust” and more. 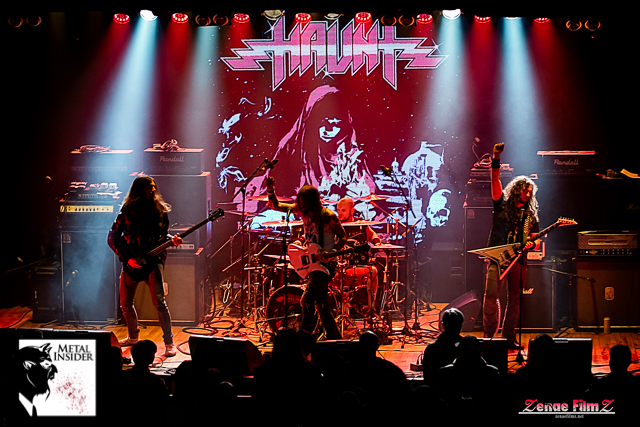 Things continued to speed up as Toxic Holocaust were up next. At this point, the packed house was filled with booze, chaos and adrenaline as these Portland thrashers ripped through their tunes including “Wild Dogs,” “Hell on Earth,” “War Is Hell,” and “Lord of the Wasteland.”

Finally, it was time for another final assault as Nuclear Assault infected the stage. With that being said, it was over three years ago when their performance at 2015’s Heavy Montreal was considered as their final performance. This of course led to a handful of additional shows such as their Maryland Deathfest appearance in 2016 up until their show at Saint Vitus in Brooklyn, NY this past January. However, every Nuclear Assault “encore” or “final show” is always a pleasure to see. Songs included: “Rise From the Ashes,” “Brainwashed,” “Vengeance,” “After the Holocaust,” “Radiation Sickness,” a new song, “Critical Mass,” “Game Over,” “Buttfuck,” “Stranded in Hell,” “Sin,” “Betrayal,” “Analog Man,” “Wake Up” and more. 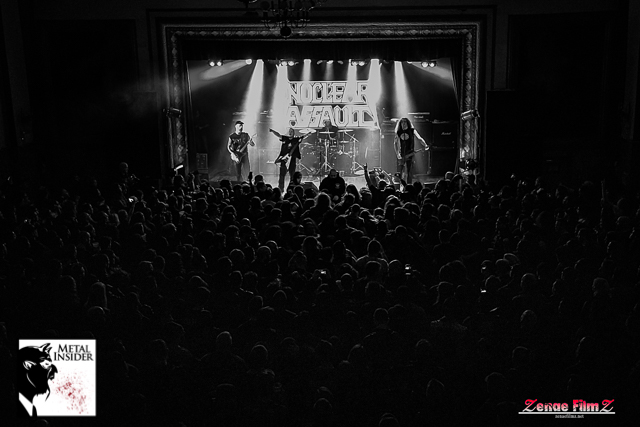 The waste continued as Municipal Waste went on to close the night filled with thrash metal bliss on a Sunday evening. Whether these Richmond Virginia crossover thrashers were there to perform a bit from 2017’s Slime and Punishment to their split EP with Exodus Mr. Pickles Thrashtacular or one from 2007’s The Art of Partying and everything in between or earlier; nothing stopped the sea of crowd surfers. The set was pure and utter madness as the fans enjoyed every moment. Songs included “Bourbon Discipline,” “Sadistic Magicia,” “You’re Cut Off,” “Unleash the Bastards,” “Beer Pressure,” “Terror Shark,” “Slime & Punishment,” “Breathe Grease,” “Mind Eraser,” “The Thrashin’ of the Christ,” “Headbanger Face Rip,” “Born to Party,” and more.

On this momentous evening of thrash and heavy tunes, the crowd were left smashed and full. They were also left with a feeling of dread and hatred, as no one wanted to start their Monday with a hangover. However, it was well worth it. 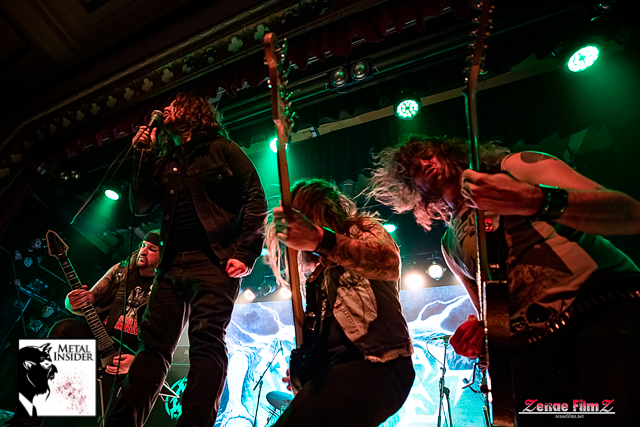 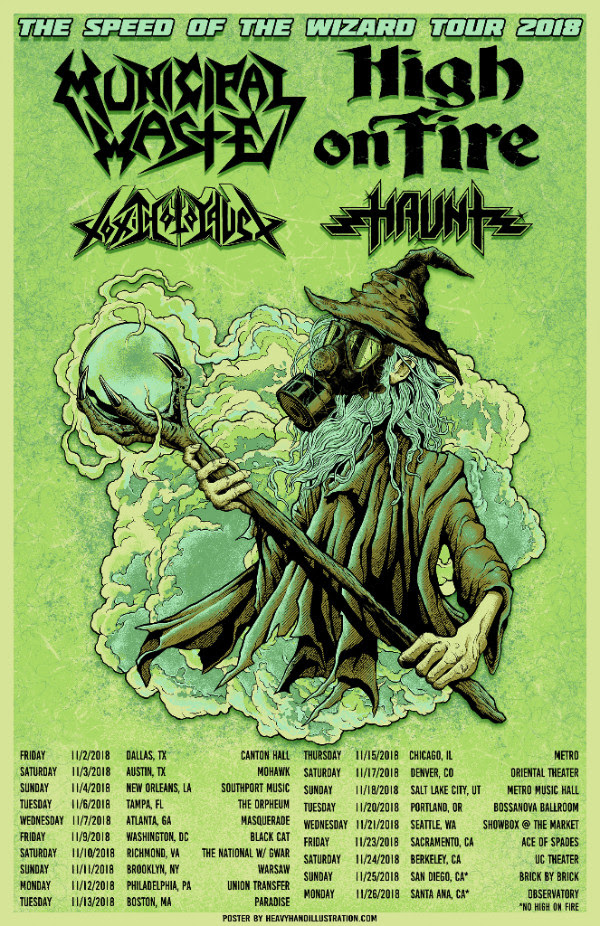