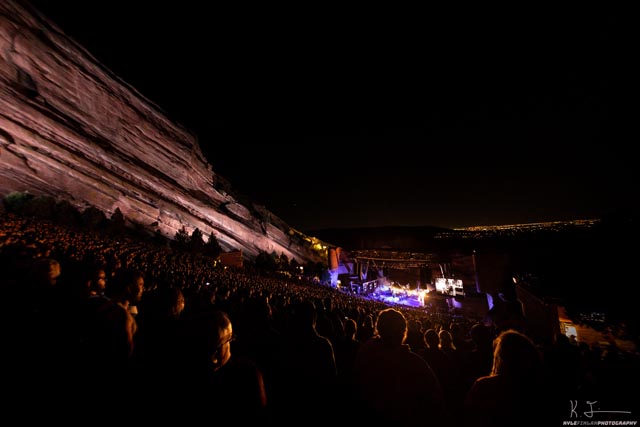 Immediately before the COVID-19 pandemic shut the entire world down, the fantastic Nordic folk collective Heilung had announced their iconic performance, for one evening only at the Red Rocks Amphitheater in Denver, Colorado, on October 6, 2020. Unfortunately, just like all concerts, this show was postponed to October 5, 2021. Fighting against the odds (as demonstrated by the numerous cancellations that have besieged the industry), the act was approved to travel from the alps of Europe to the mountains of Colorado. They were prepared and ready to deliver a mesmerizing ritual to a sold-out crowd.

Arriving at the world-famous Red Rocks Amphitheater just after 5:30 pm, the lines were built in anticipation of such a special occasion. Folks decked out in Nordic gear were busy chatting with each other, and the anticipation in the queue was downright palpable! Waiting in line, I spoke from people that had driven 1,800 miles from Florida to Colorado to experience what was in store this evening. Crowds were let into the venue at 6:00 pm sharp and were greeted by a stage featuring a large circular carpet outlined in runes, as well as drum kits and mic stands bracketed with trees and foliage, as well as the pleasant sounds of birds chirping.

Opening the show with a short ceremony that included people from several Native American tribes, Heilung reminded us: “Remember that we all are brothers. All people, beasts, trees, and stones, and wind. We all descend from the one great being.” Following the opening chant, the collective immediately jumped into “In Maidjan,” a song driven by pounding drums that hammer their way into your heart while being entranced by the vocals of Kai Uwe Faust and Maria Franz. Heilung’s music has a haunting, captivating quality; one loses track of time, simply being entrapped by the sensory overload of what’s happening on stage. During “Alfadhirhaiti,” a group of warriors joined the act on stage. They formed a circle with Kai standing in the center. The warriors continued to march around, brandishing their shields and slamming their spears to the stage in an incredible show of force.

The venue itself is undoubtedly the perfect place for such a performance. With Heilung having a close tie to nature, taking in a ritual under the light of the stars, surrounded by the earth itself, gave the experience an even weightier, substantial feeling if that is even possible. Having seen them in Chicago’s Riviera Theater in early 2020 and was wowed back then (even from the cheap seats). I honestly don’t know how seeing them perform in any other venue could beat seeing them here nestled into the mountains with the city lights off in the far horizon.

Near the end of the evening’s festivities, the PA system failed momentarily (one might say that the feelings in the room were too great for mere technology?). The group carried on for a moment (later on, it was noted the band could hear themselves on their in-ear monitors, thus explaining why there was no pause in the action). As the drums hammered off the stage, reverberated off the rocks, and unleashed themselves into my ears near the top of the seating with no assistance from amplification, the beauty of this music was underscored!

Witnessing such an experience was quite possibly one of the best shows I’ve seen and one I was totally content making the trip from Detroit. Heilung is, hands-down, more of a ritual than a mere concert, and anyone with an open mind should go seek out engaging with their beautiful art when given the opportunity. 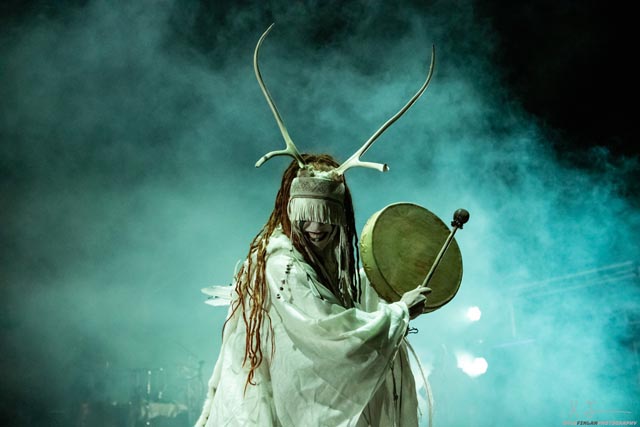 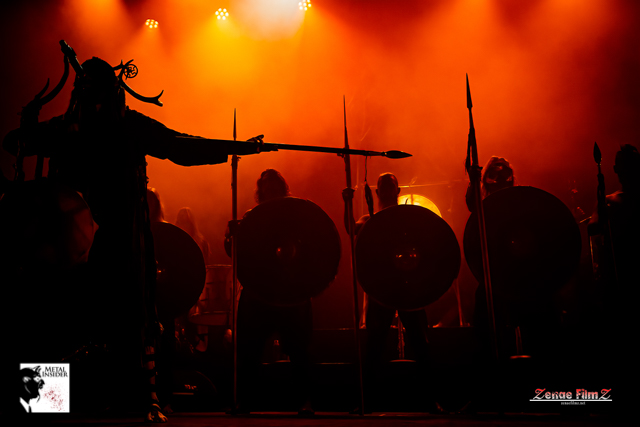 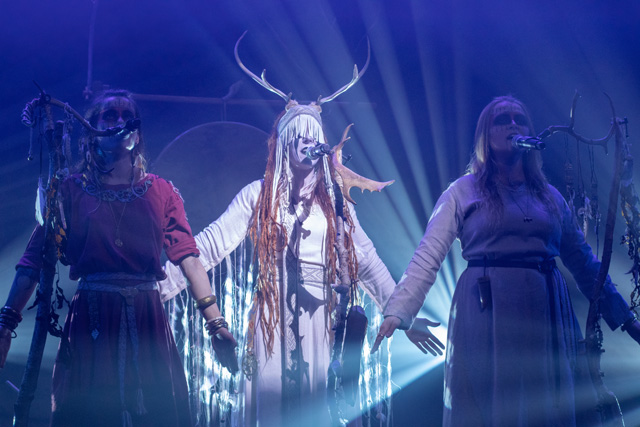