Metal Insider, along with many members in the music industry, including record labels, will be observing in tomorrow’s (2nd), Blackout Tuesday, following the death of George Floyd and the worldwide protests. The call for tomorrow’s blackout is for the music industry to pause operations, protesting the police violence against the black community by joining in together in response to the racism and inequality that exists. Variety reports, #TheShowMustBePaused, was created by Atlantic Records exec Jamila Thomas and Platoon’s Brianna Agyemang.

Floyd was killed over a $20 counterfeit bill in Minneapolis by a police officer. Three of his coworkers were watching in silence while being entirely complicit during the horrific murderous act. The incident was caught on camera, where the whole world could hear Floyd crying out, “I can’t breathe,” and screaming for his mama while officer Derek Chauvin continued to kneel on his neck, literally squeezing the life out of him for all to see. While many protests seem to have failed, including the most recent take a knee, Americans have had enough of the inequality and years of injustice, pain, and suffering. As the protests meant to be peaceful and have continued to escalate, Chauvin was eventually charged with third-degree murder and manslaughter. However, people feel that’s not enough as three other officers were fired and are now roaming free.

You can read the full #TheShowMustBePaused message at this location.

Here are some ways you can help:

On June 2 Official Charts will be observing the music industry black out in support of #BlackLivesMatter.#TheShowMustBePaused pic.twitter.com/QYYITCAo9A

The Musicians’ Union stands with our Black members and all Black communities against all forms of racism, violence and discrimination. When we say “behind every musician”, we mean it. #BlackLivesMatter #TheShowMustBePaused pic.twitter.com/BHyFsqeOso

Artists, Creators and music industry moguls. Tuesday we pause together as an act of solidarity and support for the black community and everyone who is in the fight for equal human rights. #theshowmustbepaused… https://t.co/Aurhh22nDz 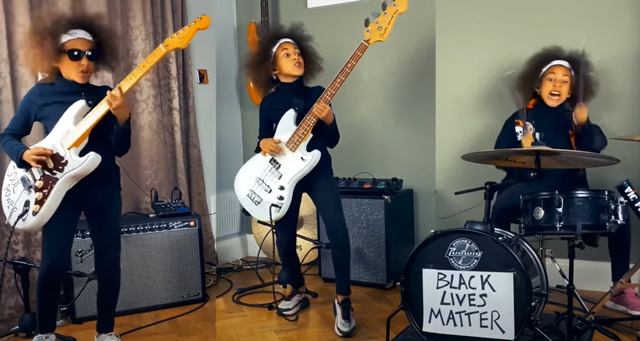