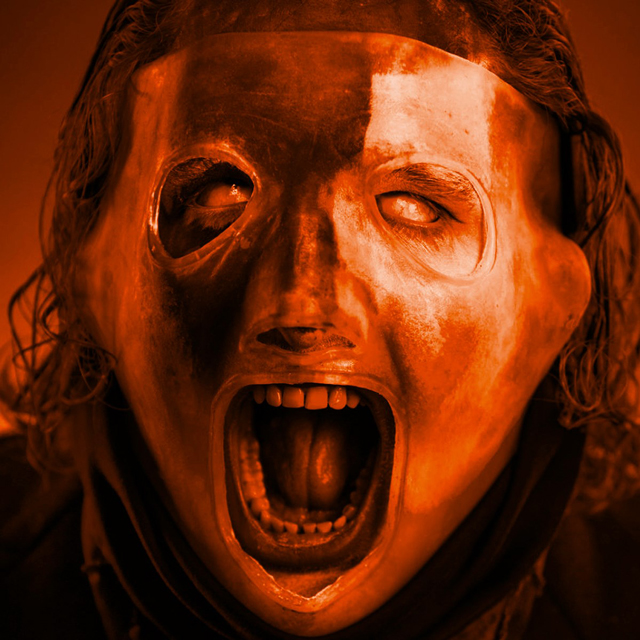 Slipknot are heavily rumored to be in the studio and now frontman Corey Taylor is even speaking about his new mask for the upcoming album cycle. Taylor sat down with Steve-O’s Wild Ride! and revealed that his new mask “..is gonna fucking scare kids! ” and further elaborates on the process of creating his masks.

“Sometimes we have a vision in our head – Clown is really good at it, because he’s an artist, so he’ll go somewhere gnarly and be like, ‘Okay, I’ve got this image…’ and then we’ll have outside people create it,” But then there’s some times where you’re just like, ‘I don’t have a real vision, but I have an idea,’ and you talk through it with a visual arts guy or a visual effects guy, and they will create it for you. And then you’ll look at it and go, ‘I like this, change this, blah blah blah.’ And you whittle it down until you get to something that’s really rad.

My new mask is gonna fucking scare kids! It’s so gnarly, dude. It’s really uncomfortable; it freaked my wife out. She won’t look at it – and she loves crazy shit like that. She’s just like, ‘That’s really bothering me, you need to put that picture away!’”

He also commented on the musical direction of the upcoming record:

Watch the full episode below!