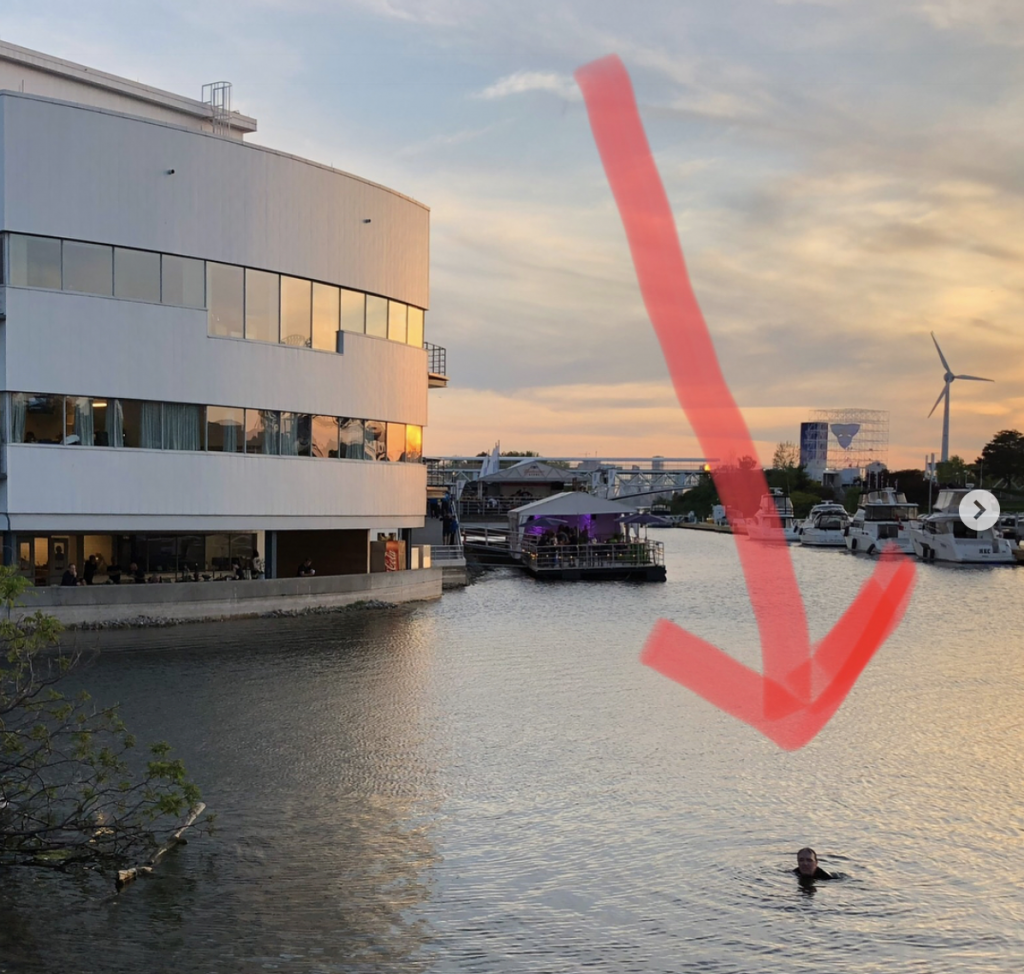 Slayer are currently on the first leg of their North American farewell tour, and we can only imagine that die hard fans will do anything to see them perform one last time. During the thrash legends’ Toronto, ON show on Tuesday (29th) at the Budweiser Stage, a fan was kicked out of the venue. While the how and why he was ejected remains unknown, the man who was rocking out an Anthrax T-shirt was spotted risking hypothermia by swimming his way back inside. Anthrax’s Scott Ian shared photos of the man’s failed desperate attempt as he was soon taken away by authorities.

Most of us would only imagine instances like this only happen in a movie. However, who knows what else fans will do as the tour gets closer to the finish line.

Fan of the tour. He got kicked out and tried to swim back in. Swipe left! #commitment #allin #hypothermia