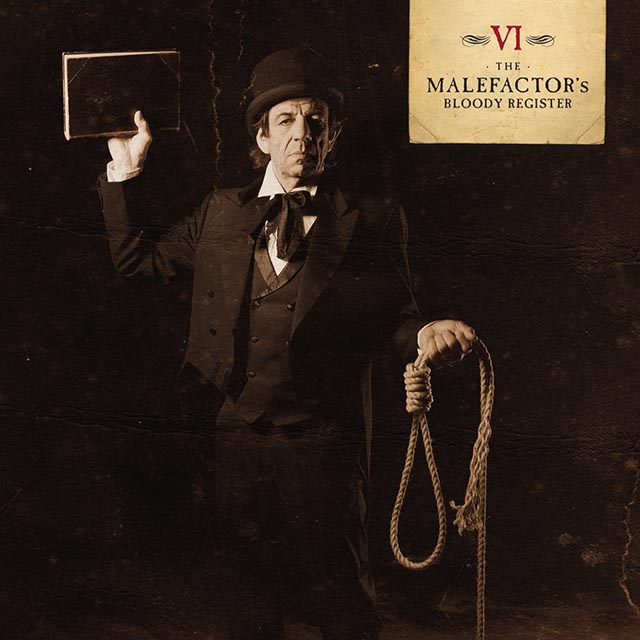 Vulture Industries’ 2nd release, The Malefactor’s Bloody Register, was never actually released on vinyl when it came out back in 2010 and now that this band has been continuously turning heads over the past number of years, the band has decided to mark 2021 as the appropriate time to revisit these recordings. While not particularly well-known in the United States, this a band that fans of extreme/experimental/progressive metal and hard rock should have on their radar.  Personally I’ve gotten to see them more than once in Norway and this band is worth the trip across the Atlantic to check out.

“Originally released in 2010, “The Malefactor’s Bloody Register” was released to critical acclaim and took the band to big festivals such as Hellfest Open Air and Metal Days. With the band growing in size, and the latest single, “Deeper”, reaching half a million streams, we know the fans are hungry for something new. And this is the only Vulture Industries album that hasn’t been out on vinyl yet. So, while we wait for something completely different and new from the band, we can enjoy a trip down memory lane with “The Malefactor’s Bloody Register”.

‘The Malfactor’s Bloody Register’ was originally recorded at Conclave & Earshot Studios with Bjørnar Nilsen, and was mastered by Brian Gardner (Isis, NIN, David Bowie). The album also features a guest performance by Herbrand Larsen (ex-Enslaved) on hammond organ, and performers on cello, viola and saxophone.”

“The Malefactor’s Bloody Register” will released on the 5th March 2021 and will be available in red in black coloured vinyl. It can now be pre-ordered from: