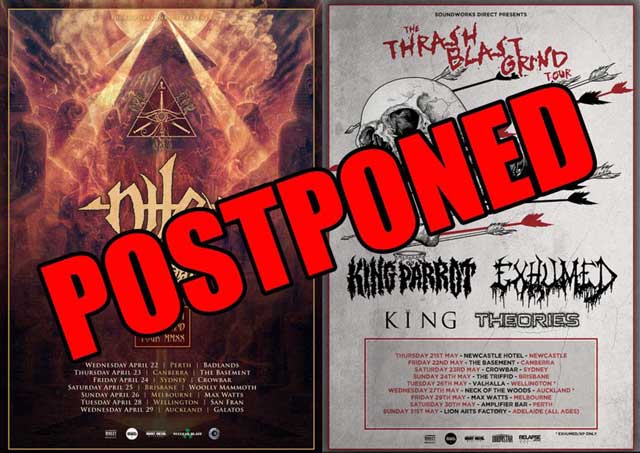 Nile were forced to postpone their Australian, New Zealand and Japan tour due to the COVID-19 outbreak.

“We have received the following press release from our Australian and Japan Promoters:
SOUNDWORKS DIRECT STATEMENT
TOUR TO BE POSTPONED
Due to ongoing developments with current world health issues, the continuously changing circumstances, and with the best interests and well being of everyone involved, SOUNDWORKS DIRECT sadly has no option but to postpone the upcoming NILE tour.
This has been another incredibly difficult decision to make, but one we feel is the best to make at this point in time.
Ticket purchasers will receive a refund via point of purchase.
We urge everyone to please be patient during the refund process.
We sincerely apologize for all disappointment and inconvenience caused by these decisions made.
We are 100% committed to rescheduling these tours to a later time frame when world health issues settle.
POSTPONED APPEARANCES
NILE :
April 22 – Perth, Badlands
April 23 – Canberra, The Basement
April 24 – Sydney, Crowbar
April 25 – Brisbane, Woolly Mammoth
April 26 – Melbourne, Max Watts
April 28 Wellington NZ, SAN FRAN
April 29- Auckland NZ, Galatos
&
In addition our Japanese dates below:
April 17 Tokyo club Cyclone
April 18 Tokyo Club Garret
April 19 Osaka AMhall
Japan dates are also postponed until later dates to be announced once we are able to re-confirm Australia and New Zealand.
*For Japan: The Ticket Holders / fans can keep their ticket for the upcoming tour as they will still be valid.
Once the new dates are announced if people cannot attend, promoters will refund the ticket price to them.”

“Unfortunately Thrash Blast Grind tour is postponed. Mojo Burning in Brisbane postponed too.
Not sure on our other shows in Wollongong and Katoomba but it ain’t looking good. Stay safe out there guys and take care of your families. We’ll be back to the grind as soon as we can. Guess we better finish writing this new record… in isolation!” 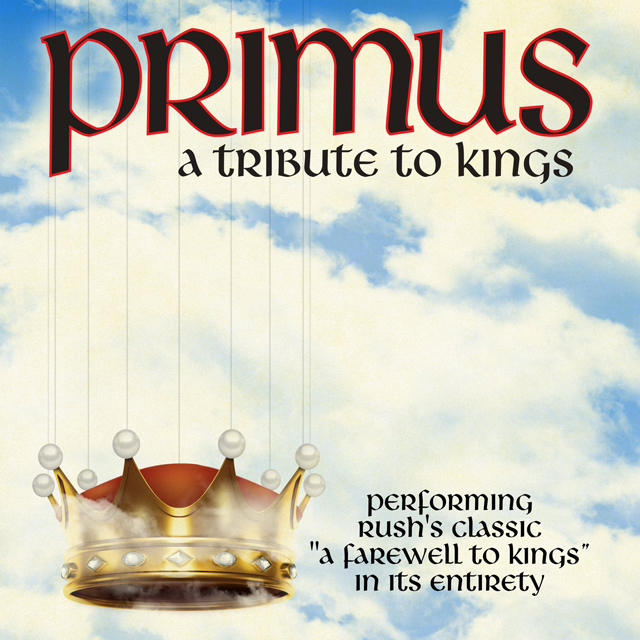 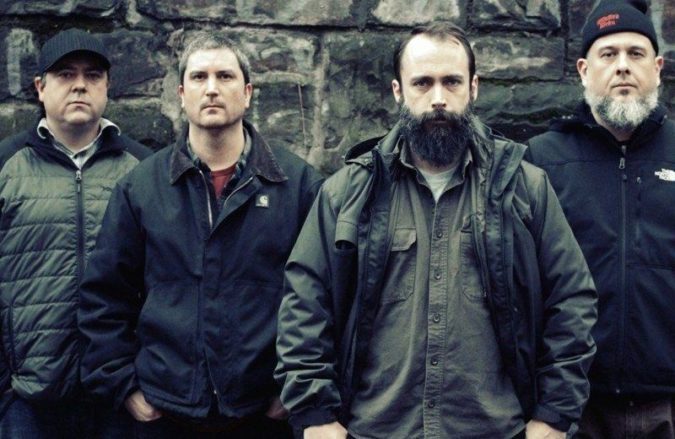