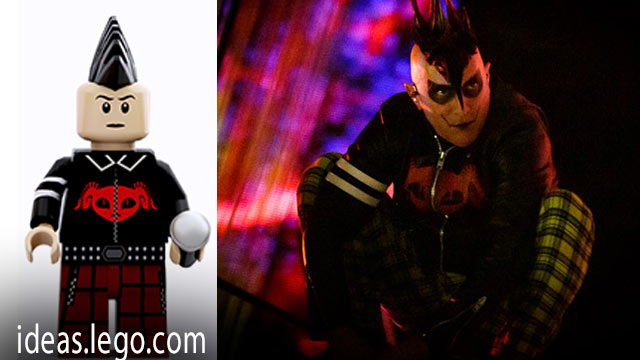 There is a new design idea for a fresh set of LEGOs that needs our support. Based on the innovator by user blocksandmocs, he has compiled an incredibly detailed Tool stage design for a hopefully upcoming LEGO release. This is currently in the developmental stage, and there are 480 days left in the campaign with just over 2000 supporters. While this isn’t guaranteed, you can help support this excellent set here.

According to Loudwire, blocksandmocs explained the following on the concept:

“This project is a tribute to the legendary rock band Tool. I was inspired from the recent fulfillment of a long anticipation, 18 years [edit: it was 13 years — don’t make it worse than it was!] off wait that Tool will release a new album. Tool have accompanied me throughout my life, as a meaningful and integral part in the soundtrack of my life, to this day and on.

I think a series of a musical stages and artists would appeal to many LEGO fans. It would be a unique way to connect and show the musical influences you may have, your favorite rock bands, even a good show you watched or wish to visit. Music is a fundamental element of life, it accompanies us in so many different ways. The possibility of integrating music with LEGO is fantastic! Upgrading the interactive and displayable features of LEGO.

When I published these models in social media it achieved high interest and request to purchase. I was gladly surprised to find out that even among music fans which are not a regular LEGO buyers the interest was high. I believe that a series of this kind would enlarge lego kits buyer due to versatility and collectable qualities of this sets.”