Metallica has heard and responded to their angry fans that were beat by bots and ticket scalpers by adding a second show with the San Francisco Symphony Orchestra on September 8th at the Chase Center Concert. The group has revealed they need a few days to fix and sort out what happened during the sales of their first show as many went to bots, scalpers instead of fans. This show will be exclusively to fifth members and hopefully, fans will be able to purchase a ticket instead of seeing it being resold for up to $67,500 on sites such as StubHub.

A second S&M² show is coming to the @ChaseCenter on Sunday, September 8th exclusively for Fifth Members! pic.twitter.com/TCWJ6uQZ43 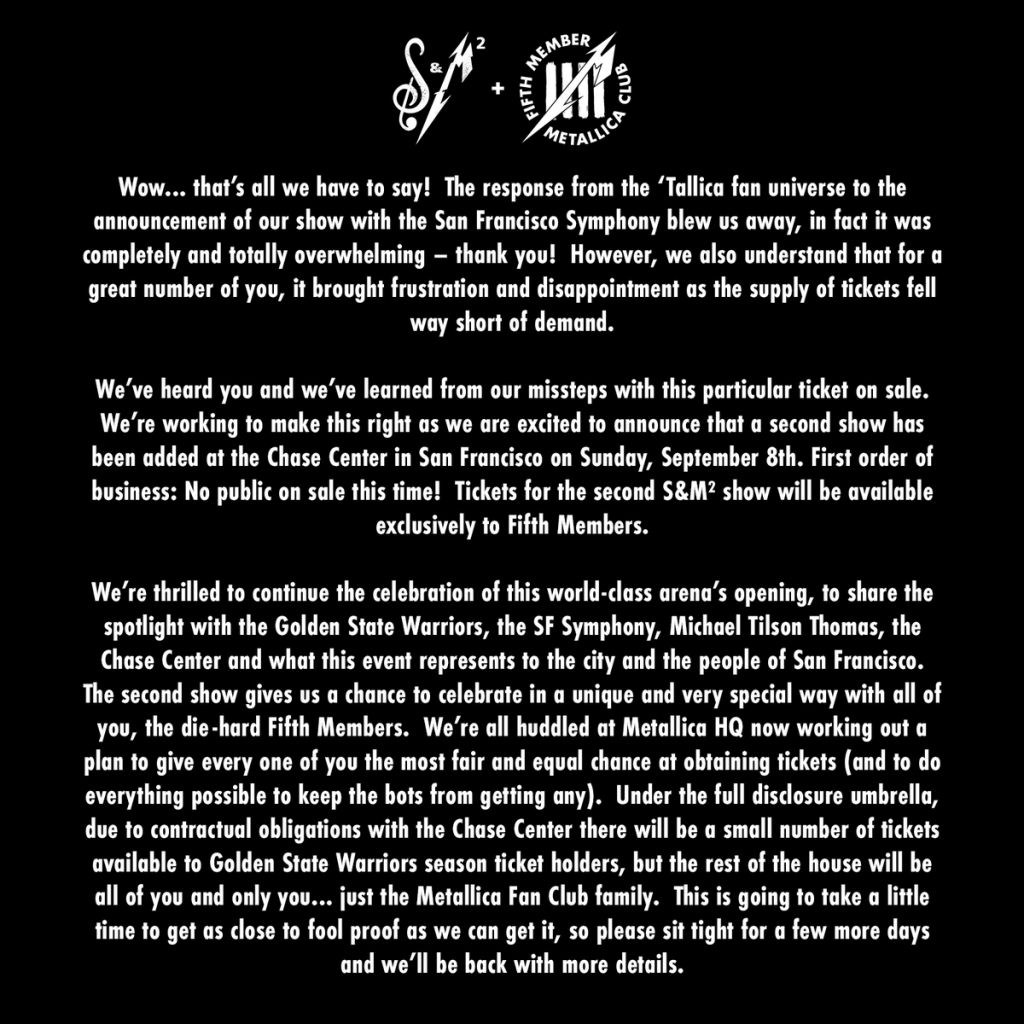 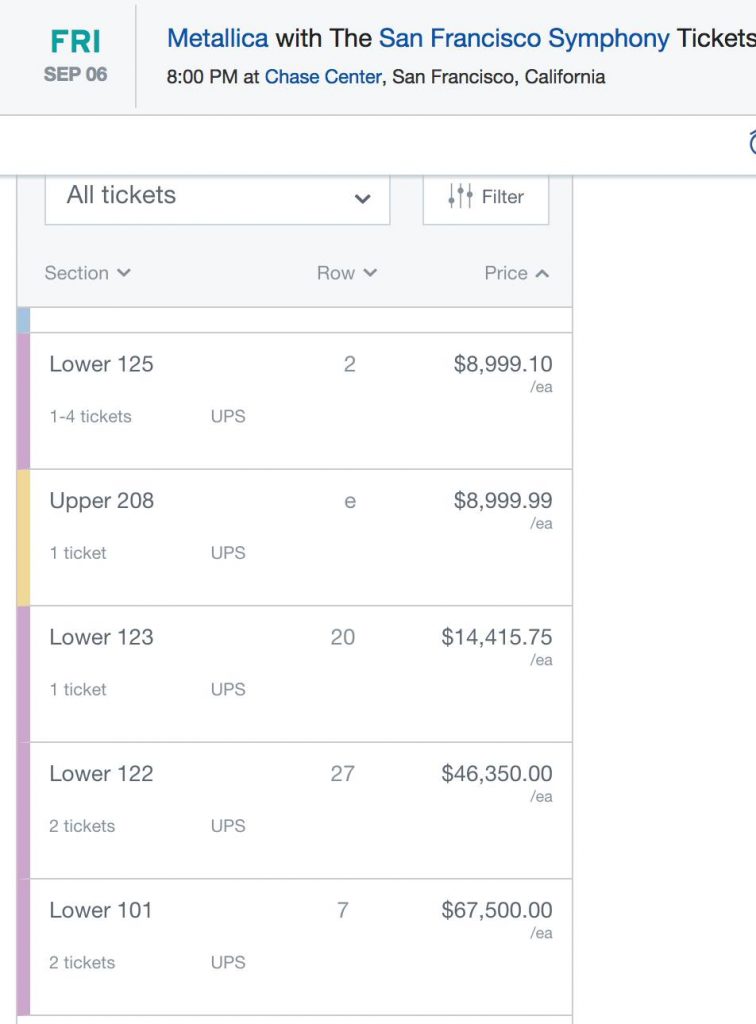