As 2015 draws to a close, we’re letting Metal Insider’s staff pick their favorite albums of 2015, in addition to some of the musicians that helped make some of it. You can see all of our picks so far here. Now we have contributor and Amplified author Nick Desimone. In an unsigned or developing band? Submit to amplified[at]metalinsider.net and maybe you’ll be on next year’s best-of list!

I put this list together pretty quickly for fear of overthinking it, but the playlist I’m including with this list is a lot more comprehensive as far as hitting all the tunes I liked this year. Some of it is a little out there, some of it is verrrrrry un-kvlt, but it’s ultimately the truest and most honest representation of what worked for me in 2015.

Let it be known, Sunbather rocked my world the first time I heard it. Deafheaven isn’t the first band to do the “blackgaze” thing, but they pick the right notes to my ears. This one’s a little darker, there’s more clear-cut riffs and a self-proclaimed Slayer influence, but the big wash of “we are going to make you feel feelings now” is as potent as ever; both general and relateable, but also focused into a real emotional gut-punch. People hate this band, and it’s usually for some very stupid, superficial “metal cred” sort of reasons. If it being “false metal” is a real concern of yours, please leave your basement. People are beginning to worry about you.

Key track: “Brought to the Water”

This one scratches my prog metal concept album itch. Mike Semesky has such a unique voice for the genre; it’s cool to hear a guy singing a little lower amid a sea of dudes mostly aiming to hit the highest notes they possibly can, mostly to annoying effect. It’s a dense listen and there’s a lot going on here, but it’s a very rewarding one in both heaviness and melody.

This one gets a spot for not only uniqueness and quality, but for sheer batshit insanity. Layers and layers of madness here. It’s been almost a full year and I’m still picking out new little bits and parts. It sounds like a bunch of Malmsteen records being played simultaneously to try to drown out your neighbor who won’t stop blasting Mayhem at 3am, in the best way possible. 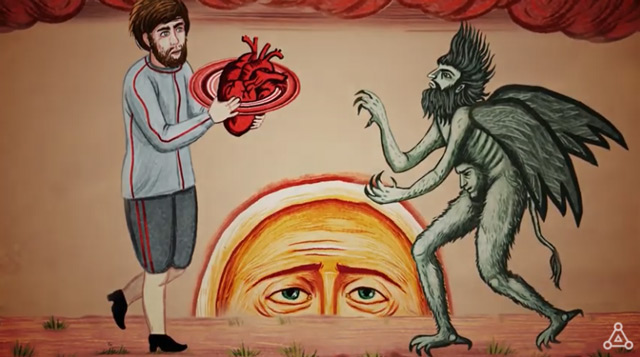