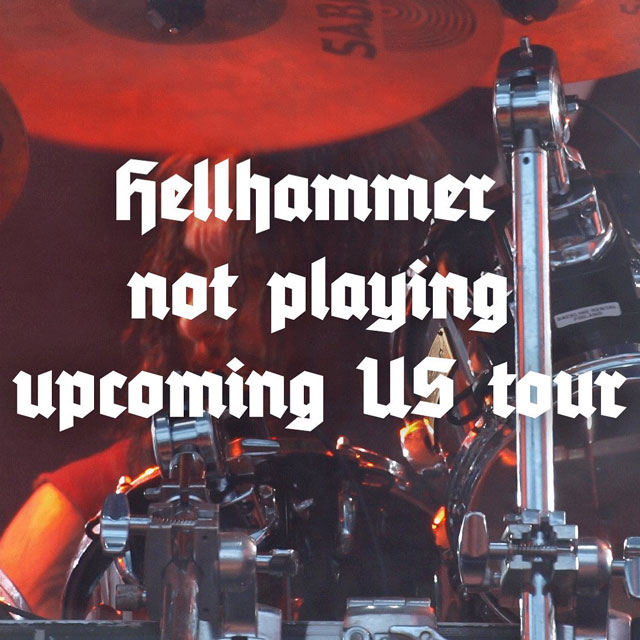 Mayhem’s North American tour with Abbath kicks off this Friday (13th) as part of the ninth annual Decibel Magazine trek. Unfortunately, drummer Hellhammer is forced to miss this run due to an infection caused by osteoarthritis. The group announced Tony Laureano (Dimmu Borgir, Nile, Angelcorpse, Belphegor, etc..) will be sitting behind the kit for him throughout the tour.

Due to a severe shoulder infection caused by osteoarthritis that has plagued Hellhammer for quite some time now, he will unfortunately not be able to perform on the upcoming North America tour. He has been working with a physiotherapist for the last couple of months in the hopes that he would be fully healed before the tour, but has ultimately been ordered to rest for some more weeks.

Filling in for Hellhammer will be Tony Laureano, who has a prestigious track record as a session and drummer for a number of other bands such as Dimmu Borgir, Nile, Angelcorpse, Malevolent Creation, God Dethroned, Acheron, Belphegor, 1349, Brujeria, etc.