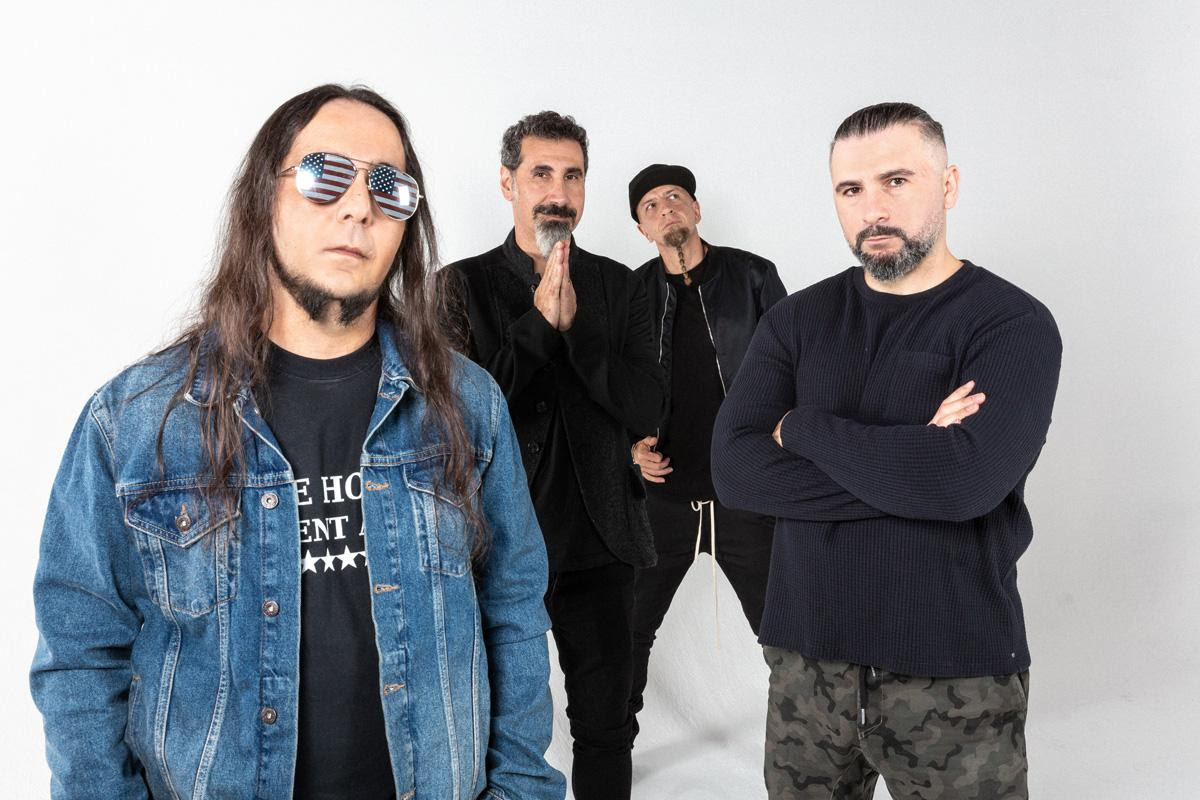 Flashback to the early 00s, System of a Down were the major leaguers regarding new tunes. With harsh truths lyrics and perfected album artwork, making a brilliant statement when consumers would use services such as Napster to download music for free, they brought us 2002’s Steal This Album, which looked like a bootleg CD. They were ahead of the times and unstoppable. 2005 came rolling in, and listeners were lucky to purchase not one but two solid albums from these metal legends. Unfortunately, despite the overwhelming popularity and musical greatness, everything came to an end after Mezmerize and Hypnotize. While having sprinkled amounts of tours filled with nostalgia mastery, no real music has been seen from the group aside from two stand-alone singles in 2020, “Protect The Land” and “Genocidal Humanoidz.” Two tracks were specifically released to support the humanitarian efforts in Armenia. We’ve seen members move on, such as Daron Malakian’s Scars on Broadway and Serj Tankian’s extensive solo career. However, aside from live blasts from the past, there hasn’t been a new album in eighteen years.

Drummer John Dolmayan has further elaborated and shared more details than in previous discussions. In an appearance on the Battleline Podcast, Dolmayan suggested Tankian was the one who didn’t want to continue.

“Serj hasn’t really wanted to be in the band for a long time. And quite frankly, we probably should have parted ways around 2006. We tried to get together multiple times to make an album, but there were certain rules set in place that made it difficult to do so and maintain the integrity of what System of a Down stood for. So we couldn’t really come together and agree. And part of that is Serj’s fault, and part of that is my fault, and Shavo’s and Daron’s as well. But at the end of the day, if you have a majority of the band thinking one way and one person thinking the other, it’s very difficult to come together and make music thinking that person is important. And every member of this band is very important to the overall sound of the band. And you’ll know this by listening to anybody’s side projects; they’re never quite that good compared to System. In fact, I think a lot of ’em aren’t very good at all. And when you compare that to what we do together as System, you understand why the team matters and having certain talents come together and merge matters and that magic thing captured doing that matters. No matter what, Daron is one of the best songwriters I’ve ever seen in my life. What he does with Scars on Broadway will never be on the same level or league as System. That doesn’t mean Scars is bad; it just means it’s not System. ‘Cause at the end of the day, he doesn’t have me playing drums; he doesn’t have Shavo playing bass and bringing in certain riffs and adding to Daron’s music, and he doesn’t have Serj bringing his melody and lyrics into the play. So it’s all those things that make us System.”

Elaborating on his comment that the group should have parted ways in 2006:

“I think we should have moved on, and if Serj didn’t wanna be in the band at that time, we should have just moved on and done it with somebody else. But that’s what happens when you’re loyal and you really wanna make it work; you’ll put up with things that may be detrimental to the health of the band or the health of the situation. Maybe it would have been better if we moved on and got another singer for an album or two and continued to make music and brought Serj back later if he wanted to come back. That probably would have been better. But as it is, I think we wasted 15, maybe 20 years of our lives waiting.”

Asked about what it’s like to still perform live together:

“When we’re actually on stage, it’s great. It’s just getting to that point that is disheartening. We have one show booked for next year. One show. That’s it.”

Admitting members would like to be an active band:

“I think we would like to be working a lot more, but Serj also has a bad back now; he’s messed up his back somehow. And he just doesn’t wanna tour as much as the rest of us do. Look, if my wife told me that we were gonna have sex once a year, I’d be divorced. So you figure that out for what it is. I don’t think this is sustainable,” John admitted. “The rest of us wanna work a lot more than he does. Now I don’t know if that means we’re just gonna break up and forget about it and call it a career or if we’re gonna move forward with somebody else or if Serj is gonna come around. Ultimately, the best-case scenario for me is Serj comes around and we can do, like, 15, 20 shows a year. Even that would be enough. We’d be able to go to places that we haven’t gone in a long time and play in front of fans that have never seen us play. That’s important to me.”

Tags: John Dolmayan, Serj Tankian, System of a Down