Earlier this week, Metallica were forced to cancel two Danny Wimmer Presents festival appearances: Sonic Temple and Louder Than Life. During this announcement, frontman James Hetfield apologized to his fans, expressing how he had “two critical recovery events” that he couldn’t miss. It turns out those critical events are mandatory sobriety weekends. In a new interview, Ultimate Guitar spoke to Gary Spivack, executive vice president and talent buyer for Danny Wimmer Presents, and discussed how the overall cancellation took place. It all started with a phone call:

“Well, we got the call from Metallica’s management team, Q Prime, who are, the best managers in the business, hands down, and said that James has Sobriety Weekends that are requirement weekend that are throughout the calendar year, and unfortunately, a couple of those weekends fell on our festivals. Although Metallica will still be at Welcome to Rockville, Epicenter, and Aftershock in 2020 with us, we did lose them for Sonic Temple and Louder Than Life. So, then it was, how do you even contemplate filling the shoes of the biggest band in our world? Well, you do it by finding two of the biggest bands in our world. So, we got Red Hot Chili Peppers, with John Frusciante, which will be one of only four shows they’ll be doing in 2020, and of course, Grammy award-winning artist, Tool.”

Spivack discussed how reaching out to a band as big as Metallica, Red Hot Chili Peppers, and Tool is more like inviting an entire village to the festival:

“Oh, availability, routing, they’re in other countries, they’re off-cycle. It’s not like it’s just four guys who can hop on a plane with their guitars. Its an army. It’s a village for big bands. There’s a crew, techs, there is the support staff. There’s a lot that goes on behind the scenes when you’re a big band. So, it’s moving a machine, literally, to get those shows to happen. Fortunately, RHCP and Tool were able to do it with us.”

On fans being upset about Metallica’s cancellation:

“Go to Metallica’s website and read James’ statement. It’s heartfelt, it’s raw, it’s from the heart, and I don’t know how you can hate on that. It’s impossible for us. A guy focusing on his well-being and wanting to get better, that’s everything.”

Metal Insider recently had a Headbangers Brawl on “do you think this is the beginning of the end of Metallica?” The entire staff agreed that Metallica isn’t nearly done, as we all support Hetfield’s road to recovery. 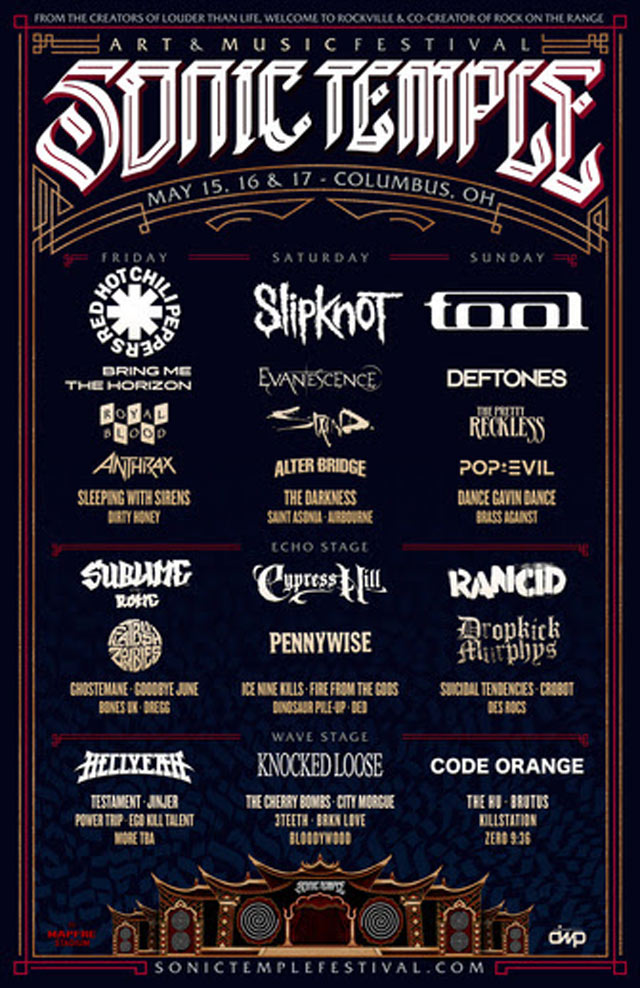