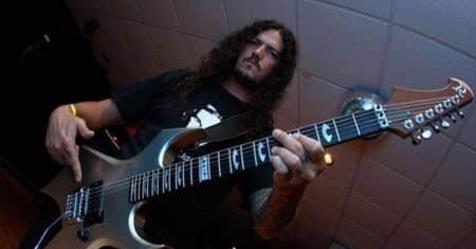 Earlier this year, former Suffocation guitarist Guy Marchais was sadly diagnosed with Hodgkin’s Lymphoma. A Gofundme page was launched in order to help pay for his medical bills and unfortunately, he needs to find more ways to afford his expenses, including his chemotherapy. Marchais decided to put his first custom signature model BC Rich warlock on sale.

He listed his guitar on Reverb stating the following:

“Sorry to have to say I am parting ways with my first custom signature model BC Rich warlock. This guitar comes with a hardshell tour case. I’ve used it on hundreds of shows and live performances and in the music video abomination Reborn! with the band Suffocation I also used it in the studio on the self-titled album Suffocation. I really hate to part ways with it but I’m going through chemotherapy and I need the money.”