Symphonic metal giants Epica are celebrating their 20th anniversary! On September 3rd, the group will have a special 20th-anniversary show live at Tilburg’s 013, the exact location where they held their first live performance supporting Anathema. The group has now extended the invitation as it will also be a Livestream event. The show will also include the return of the group Sahara Dust who will reunite for a special one-off performance opening the night. The Livestream will kick off at 1:30 pm EST and remain online for 72 hours. Early bird tickets are available until August 12th with special live bundles via this location.

“We are extremely happy to be able to share our anniversary – not only with the lucky ones who got a ticket – but also with everybody else in the world! Our loyal fanbase is everywhere around this planet and through this live stream we can let everyone be part of this party. It wouldn’t be a birthday bash without you!! So, grab your drinks and warn the neighbors, because this is going to be a noisy night!”

Epica will release a special We STill Take You With Us Collector’s Edition an Live At Paradiso re-issues on Friday, September 2nd. Pre-orders are available here. 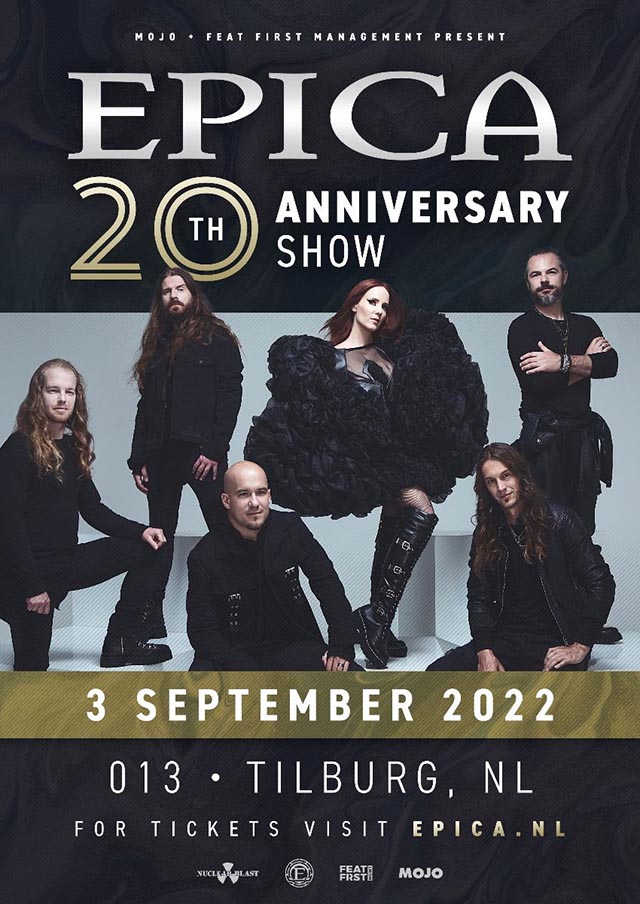