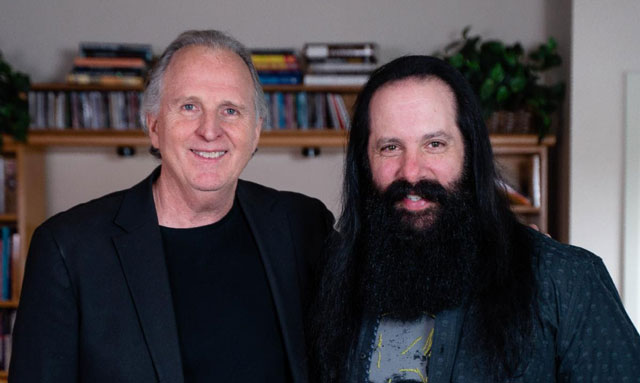 Dream Theater is turning 35 this year and to celebrate, the band is creating a scholarship fund with Berklee College of Music. The Dream Theater Scholarship Fund will help student musicians financially support their education “on an ongoing basis.”

Berklee College of Music holds a special place in Dream Theater’s history. Guitarist John Petrucci, bassist John Myung and former drummer Mike Portnoy met as students at the school before forming the band. They kept things in the Berklee family when Portnoy left as well, recruiting former professor Mike Mangini in 2010. In 2014, the band recruited student composer Eren Basbug to conduct the Berklee Student Orchestra and Berklee Concert Choir at the Boston Opera House for the live album/DVD, Breaking the Fourth Wall.

The school continues to present meaning for Petrucci. He and his wife’s (who earned an Advanced Guitar Certificate through the school’s online program) son graduated from Berklee in 2018. The couple recently met with Berklee president Roger Brown to tour the school’s production studios and discuss the scholarship, the first time they had been on the campus since their son’s graduation.

Said Brown in a statement:

“Dream Theater has been a tremendous influence on the progressive metal scene, achieving worldwide success for their dedication to excellence in music. The Dream Theater t-shirt has been the most popular item of apparel on our campus for years, and many students have chosen to come to Berklee as a result of the band’s legacy. We are so appreciative of Dream Theater’s support.”

Petrucci told Billboard regarding the scholarship:

“We’re happy to help aspiring young musicians attend the school. We’re especially excited because the scholarship is limited to instruments that we play — guitar, bass, keys, voice [and drums] — and it’s really cool if we can help students who wish to attend make that decision to go. It’s something that we’re all really proud of.”

“Over the years, I’ve met so many young fans that aspire to go there or have gone there. And since we had so many ties to the school, we thought the scholarship would be a great way to help them out financially, if that helps in their decision.”

The Dream Theater Scholarship Fund is being headed by Berklee global development officer and executive producer Mirek Vana and Dream Theater manager Frank Solomon. Both have been working on the fund for the past six years. “We are planning a massive promotion of our partnership with Dream Theater,” notes Vana. “This is something we are extremely proud of and are in it for the long haul.”

Members of the Dream Theater and Berklee College of Music communities are encouraged to contribute to the scholarship’s endowment in order to make it “a success.”