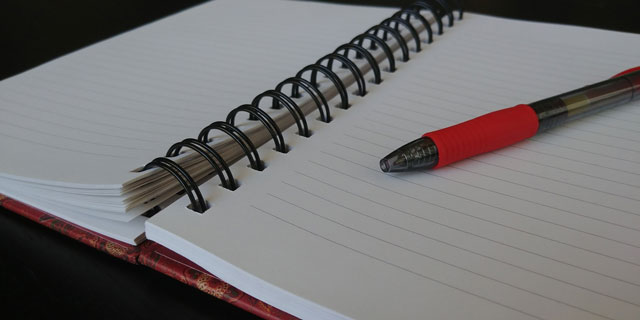 Have you ever tried to write lyrics for metal songs? It’s not as easy as one might think.

To start, the majority of lyrics for metal songs are written in English even when the band is from a country with a different mother tongue. English lyrics are more understandable all over the world, so if a band wants to be popular, they tend to write in English.

As any metalhead knows, or if you’re not into metal but you’re studying metal songs as a part of your music education program, the most common themes explored in metal songs include escapism, being misunderstood by society, allegorical parallels, deep personal emotions and, of course, all things dark and occult. Musicians who play in metal bands are typically rebels who want to do it their own way without playing by society’s rules.

In addition to that, introducing a mythological character to explore a certain issue is quite common in metal. Mythical creatures are often a part of a metal band’s visuals, and some bands are even interested in epic poetry, as well as creating a conceptual story (hello Iron Maiden!). Fantasy, mythology and horror literature play a huge role in the visuals and lyrics in metal as well. More standard song topics such as love, hate, war, inequality and freedom are covered in metal songs too. But lyrical themes also depend highly on the metal subgenre in question. For instance, gothic metal is more likely to express a melancholy mood while death metal often tackles subjects of violence and war. If you want to major in music, you will most definitely explore this genre in detail and come across a lot of fascinating themes.

Here are a few tips to take into consideration if you want to learn how to write lyrics for metal songs without any ghostwriting assistance. To begin with, you should absolutely take inspiration from other bands in this genre. Check out their music and pay attention to the themes they cover but, of course, do not copy what other bands are doing. Figure out a way to be unique. Writing lyrics is a creative process, and like any other artistic pursuit you’re not going to nail it every single time. Focus on what motivates you personally so you can sound original and discover your own artistic voice.

From a technical perspective, you’ll need to come up with structures for your songs, including the build, climax and resolution. There is no universal rule whether to write the melody or the lyrics first, so that’s completely up to you; do what works best for your workflow.

One of the most ambitious endeavors you can take on is to write a concept album by choosing certain issues and themes which the songs will be centered around. Explore those issues when writing lyrics and create strong visuals to bring your words to life. Keep in mind that writing lyrics doesn’t have to be about following a rhythmical pattern or adhering to certain rules that are quite common for writing poetry, as poetry is a completely different beast from lyric-writing. Don’t forget to bring a notebook with you whenever you go as the next creative idea might strike while you are on a bus or waiting in line for lunch. Writing it down immediately means you definitely won’t forget it.

Your lyrics, and your approach to song composition, are your way of telling a story to the listener. Don’t worry about technical details at first as you will manage to figure it all out later. The first and most important thing to do is to decide what you want to say in a song. Don’t rush it. Sometimes it takes more time than you expected, and that’s fine.

It is important that you find your own voice. While there are some themes that are considered to be part of the genre, when it comes to music, nothing should be off limits. Metal is just another way to express whats on your mind. If you are more concerned about social issues and the state of the world, you can always write about that. Many topics have become attractive in the last decade – most notably finance and money. If you are someone concerned with financial inequality and its consequences as well as someone who has read about bankers causing crises, or types options trading types being outlawed in Europe. Maybe you have read about some other forms of trading where masses have become victims of false hope they can easily make riches on the financial markets, only to be left disappointed and poor – nothing is stopping you to cover those relevant topics.

It is not a secret that the practice of buying songs is rather common in the music industry. Not only do artists or bands perform songs written for them by someone else, but some artists earn a living by composing music and writing lyrics for others. Some of these writers are well-known while some operate as unknown ghostwriters that help pay the bills. Some information about hiring a ghostwriter cost can be found online but there is no way to prove whether something was ghostwritten based on the final product. In other words, ghostwriting can be very secretive because the condition not to disclose the arrangement is often one of the rules of engagement. The main reason why an artist may need ghostwriting assistance is a lack of ideas or burnout, which is totally normal even for a creative person. What’s more, the amount of ghostwriting jobs on the market proves that sometimes people need help finishing what they’ve started. If you are currently looking for a ghostwriting expert, start by asking your colleagues and friends. They may more accurate information about hiring a ghostwriter, because the information you will come across online may not reflect the actual state of affairs.