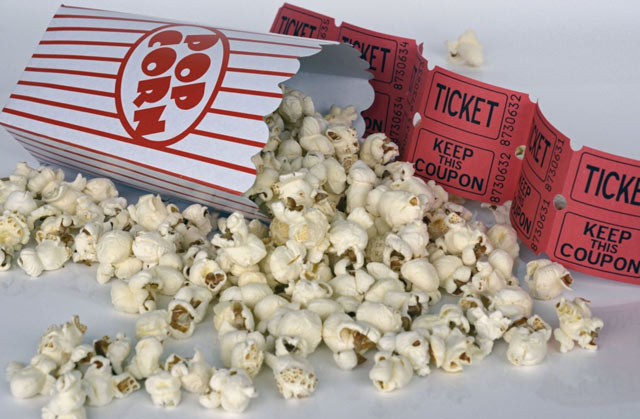 When you’re looking for CBD gummies near me, you may want to check out these 10 stoner movies. Sure, CBD doesn’t have the same psychoactive effect that gets you “high” like THC does, but it is part of both marijuana and hemp plants… so much on some gummies and get to relax while you entertain yourself with these iconic films.

This movie takes place in 1976 and tells the story of small-town Texas teens on their last day of school. Armed with a killer soundtrack, this movie dares to discuss how much weed George Washington smoked. Dazed and Confused – “See it with a bud.”

Though this isn’t a stoner-comedy like many of the others on this list, it’s still a crucial part of stoner culture, courtesy of Matthew McConaughey’s character, Wooderson. He shows up on his way to the next party and says, “The older you get, the more rules they’re gonna try to get you to follow. You just gotta keep livin’ man. L-i-v-i-n.” It’s also where his famous, “All right, all right, all right” comes from – inspired by Jim Morrison of the Doors.

This stars James Franco and Seth Rogen. The film inspired a strain of weed by the same name – as it didn’t exist before the film, according to Rogen. They named the film Pineapple Express because of a Hawaiian weather system that sometimes hits the Pacific Northwest.

Cheech & Chong are the quintessential stoner duo that everyone loves. Up in Smoke is their first feature-length film. It’s definitely an all-time stone classic. If you’ve never seen a joint the size of a baby’s arm, you’ll see it in this movie. This details the story of Cheech and Chong going to Mexico to pick up the first-ever van made of marijuana.

You should also watch The Next Movie (1980) Nice Dreams (1981), and Still Smokin’ (1983) but we didn’t want Cheech & Chong to take up most of the list because it wouldn’t be fair to all the other movies. The Next Movie takes the duo on a series of misadventures.

Nice Dreams tells the story of Cheech & Chong making (and losing) millions of dollars as Ice cream men selling pot that has unusual side effects. In Still Smokin’, Cheech & Chong head to Amsterdam, the marijuana capital of the world, for a film festival. Make a day of watching the films – you won’t regret it. After all, how many franchise stoner films are there?

Definitely one of the things Dave Chappelle is best known for, this tells the story of a group of friends who have to sell enough weed to make bail for their friend who accidentally kills a police horse while he’s high. It wasn’t well-received when it premiered, but is an important piece of stoner culture.

Starring Method Man and Redman, these two make it into Harvard after they discover a new kind of weed that makes them geniuses. The underachievers decide to smoke some weed before taking their THCs, or “Testing for Higher Credentials” aka college-entrance exams. The secret to the super-smart weed? Using the ashes of their dead friend to fertilize their weed crop.

Smoking the weed that’s fertilized with their friend’s ashes summons his ghost – and only they can see him.

All goes well until they run out of ashes and dig up John Quincy Adam’s body and smoke his bones.

This is a classic tale of buddies who get stoned and go on a quest for munchies. They see a commercial for White Castle, and decide they want the burgers… but encounter a number of hilarious obstacles along the way. Neil Patrick Harris stars as himself – but in this case, is a sex-crazed man who gets in their way.

Starring George Carlin, Keanu Reeves, and Alex Winter, Bill and Ted’s Excellent Adventure follows slackers who travel through time to gather historical figures for their history report so they can pass the class and stay together. If they fail, one of them goes off to military school and the duo cannot follow their dream of starting a rock band together. You’ll love the scene where they meet Socrates and blow his mind with their philosophies about the song, Dust in the Wind.

A sequel, Bill and Ted’s Bogus Journey was released in July 1991, and there’s a third film Bill and Ted Face the Music, currently in development. It’s scheduled to be released in August 2020. All three stars reprise their roles for the film.

Starring Mark Wahlberg and Seth McFarlane, this is the story of a Teddy Bear (think like the old Teddy Ruxbin from the 80s) who comes to life as a result of a childhood wish. Mark plays John, and Seth plays Ted. Ted remains a part of John’s life well into adulthood, where the two are often seen smoking pot together and getting into various shenanigans. John’s girlfriend doesn’t like the relationship between the two of them, and it becomes problematic. John forces Ted to move out of the apartment and stand on his own.

The movie did so well, a sequel, Ted 2, premiered in 2015. It tells the story of how Ted tries to live on his own but is not recognized as a person, so he doesn’t have the right to get married or have a life outside of being John’s possession. The pot-head antics continue.

Comedian Doug Benson follows the premise of Super Size Me, where there is focus on McDonald’s food and how unhealthy it is. Instead of eating nothing but McDonald’s, however, Benson smokes marijuana every day for 30 days – and a lot of it at that – and analyzes the effects.

This propaganda film was released in the ‘30s as part of prohibition efforts. It depicts teens getting high and then committing heinous acts, such as manslaughter, suicide, rape, and more. Promoted as “the burning weed with its roots in hell.”