Today (7th), Static-X have finally unveiled new music as the group dropped the first single “Hollow.” The song is taken from their new album Project Regeneration, which features the last recordings of their late frontman, Wayne Static as well as the rest of the group’s original lineup with Tony Campos (bass), Ken Jay (drums) and Koichi Fukuda (guitar). The follow-up to 2009’s Cult of Static is scheduled to arrive on May 29th.

“This song was originally a demo from the ‘Start A War’ album, which was never completed. Wayne and I never felt like the music on the original demo was fully realized. The vocals sounded great, but some of the musical compositions from that time period felt a bit experimental. There is a reason that some of these tracks never made it on a previous Static-X album, and it certainly wasn’t because of Wayne’s vocals. The band was just going through a lot of changes at that time and, in retrospect, it felt like we were straying away from that authentic Static-X sound that had really defined us.”

The group later expressed their gratitude:

“Thank you, thank you, THANK YOU for the incredible response to the new single “Hollow”. We could not be more grateful for all of you…

We’ve been working on a lot of material over the last year and a half and while selecting the songs to move into the final mix phase of Project Generation, it became clear that there is just too much material and too little time for this to be a single album.

The LAST thing we wanted to do was make you guys wait any longer. But, we also didn’t want to abandon any material because it is very close to being complete and we know that you, the fans, are going to want to be able to hear and experience all of it.

Recognizing that all of this music is part of the same body of work, which marks this very important chapter of STATIC-X, we’re releasing all of the music under the same Project Regeneration banner, but over two separate volumes.”

In a new interview with Billboard, Xer0 discussed his experience becoming the touring frontman from the group. He later explained how the mask was never intended to be a Wayne Static mask.

“We originally came up with a really simple design that had Xs carved into the eyes, which combined to create a larger X on the forehead. It felt like a cool way to have some Static-X branding built into this new faceless character that I was going to be. It was really that simple. Once the mask was complete, I tried spiking up my hair to further capture the Wisconsin Death Trip vibe, and that is essentially what broke the internet. The mask was never intended to be a Wayne Static mask; I’m still not entirely comfortable with people using that terminology because it isn’t at all what the mask was intended to be… I totally understand why it is easy for people to draw that conclusion or to identify the mask in that way.”

Listen to “Hollow” below and pre-order the album here: 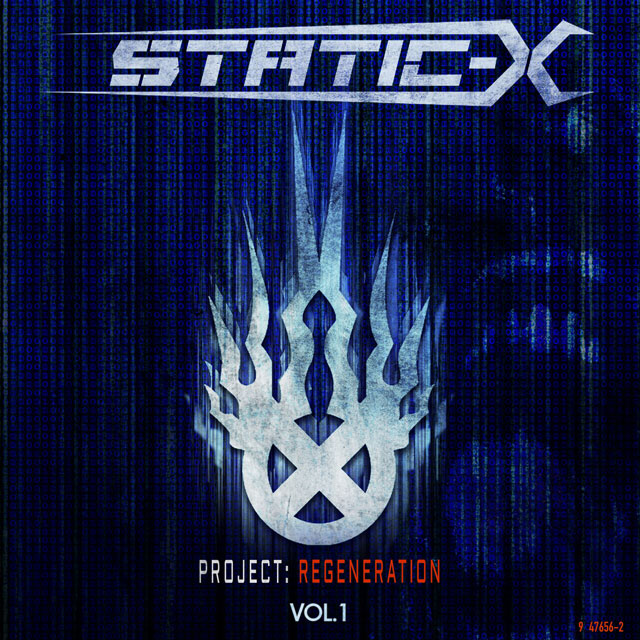