Sometimes, the anticipation for an album can lead to unexpected circumstances, such as your fan base growing exponentially in a very short period of time. That is what happened with today’s lead album, and I personally am very happy that it did. Read on to get the scoop!

One of the inherent problems for supergroups is that there is often a long gap between albums, due to members having to devote time to their other projects. Such is the case for Solution .45, who released their debut in 2010 and then went quiet for nearly four years before any talk of a follow-up began to happen. However, through word of mouth and the glories of the Internet, the band’s fame grew by leaps and bounds, creating an unforeseen demand for Nightmares in the Waking State – Part 1. No word yet on when Part 2 is coming, but hopefully it won’t be another five year wait.

We thought we’d heard the last of Abigail Williams in 2012, when they announced that they were disbanding. However, Ken Sorceron and Co. left the teaser open that they would record more music down the line, and now that has come to fruition. The Accuser follows the same black metal standards that Abigail Williams is known for, and the band does not show any sign of rust in getting back to their usual output of excellence.

Prog act Spock’s Beard released their legendary debut The Light in 1995, and started the band’s inspirational career as one of the most consistent progressive acts ever to come out of the US. With twelve albums now under their belt, Spock’s Beard is releasing this greatest hits compilation, which covers their entire discography and one brand new song over the course of two CD’s and one DVD. The new song, “Falling for Forever”, actually features every member of the band, past and present, performing on the track.

Charlotte Wessels has already made quite a name for herself as the lead singer of Dutch symphonic metal upstarts Delain. As a part of Delain, she has proven time and again that her storytelling skills are unparalleled in the metal world, and now she gets to put them into even greater action on her new project Phantasma, alongside Georg Neuhauser from Serenity, and Oliver Philipps from Everon. The debut album from this symphonic rock project coincides with Wessels’ debut novella of the same name,

Enrik Garcia has kept Dark Moor going strong for 22 years, and despite being the only founding member left in the band, the Spanish neoclassical-power metal group is still as vibrant and evocative as it ever was. Project X is the appropriately-titled tenth full-length album from the group, and it marks the recording debut of bassist Ricardo Moreno, who joined the band in February.

Hungarian groove metal veterans Ektomorf have been on a tear, releasing five albums in the past six years and touring relentlessly through Europe to support each of them. Aggressor, the band’s eleventh studio album overall, is one of their heaviest albums to date. A part of this can be attributed to the guest appearance by Cannibal Corpse’s George “Corpsegrinder” Fisher on the track “Evil by Nature”. 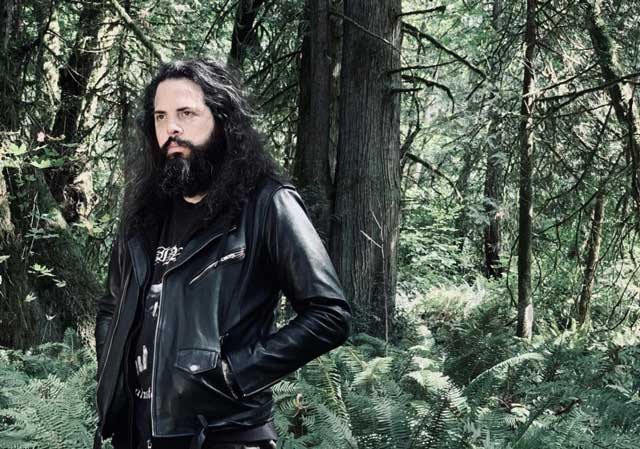