After last week’s deluge, we get a slightly more normal output of new music this week. Highlights include the first album in four years from one of Europe’s biggest attractions, and a veteran band that often flies under the radar releasing another great record. Check it all out here!

Katatonia, The Fall of Hearts (Peaceville)

2012’s Dead End Kings led to some of the biggest tours in Katatonia’s career, growing their North American fanbase considerably and making them one of the hottest commodities in the world. Album number ten seems assured to increase their draw, as the group continues to build their brand as one of the greatest gothic doom metal bands on the planet. This album will be the first to feature new drummer Daniel Moilanen and new guitarist Roger Öjersson, who joined the band in 2015 and 2016, respectively.

Seemingly always flying under the radar in comparison to their contemporaries, Flotsam and Jetsam are back after four years album number twelve. After funding 2012’s Ugly Noise through a PledgeMusic campaign, the band has since joined AFM Records. This will be the first record to feature new drummer Jason Bittner of Shadows Fall, who joined the band in 2014 after being handpicked by outgoing drummer Kelly David-Smith.

The German melodic death and folk metal veterans took some different approaches for their twelfth album. The most notable of these is the role of Kris Verwimp, an artist that has created the cover art for many of Suidakra’s previous releases. Verwimp wrote the lyrics and developed the concept for Realms of Odoric, in addition to designing its artwork, all of which centers of a fantasy world developed by Verwimp and lead vocalist/guitarist Arkadius Antonik.

Piet Sielck founded Iron Savior after many years working behind the scenes in production and engineering. The project has been focused on delivering power metal within the framework of a high-concept science fiction storyline, and although new storylines have developed over time, the band is still driven by storytelling. Titancraft is the ninth album in Iron Savior’s long-running tale.

This progressive death metal band from Sweden has often flown under the radar, but their work is just as high-quality as that of their contemporaries in Opeth and Insomnium. Their last album, 2012’s The Weight of Oceans, received very positive reviews for its atmosphere and intensity. Afterglow looks to build on that and help the band further establish itself in a wider area.

The members of Gruesome hail from California and from Miami, which is good because the band plays the brutal death metal that many of their regional predecessors made famous. After independently releasing two demos, the band earned themselves a contract with Relapse to release their debut full-length, Savage Land, in 2015. Dimensions of Horror is a new EP from Gruesome that will give listeners a taste of what’s to come on their sophomore album.

First Fragment hails from Quebec, playing technical death metal and featuring vocals entirely in French. The band dealt with a near-constant lack of a full-time drummer in their early days, but once they solved that issue, First Fragment became unstoppable very quickly. Unique Leader signed the band for their debut full-length, and you can stream it over on Metal Injection. 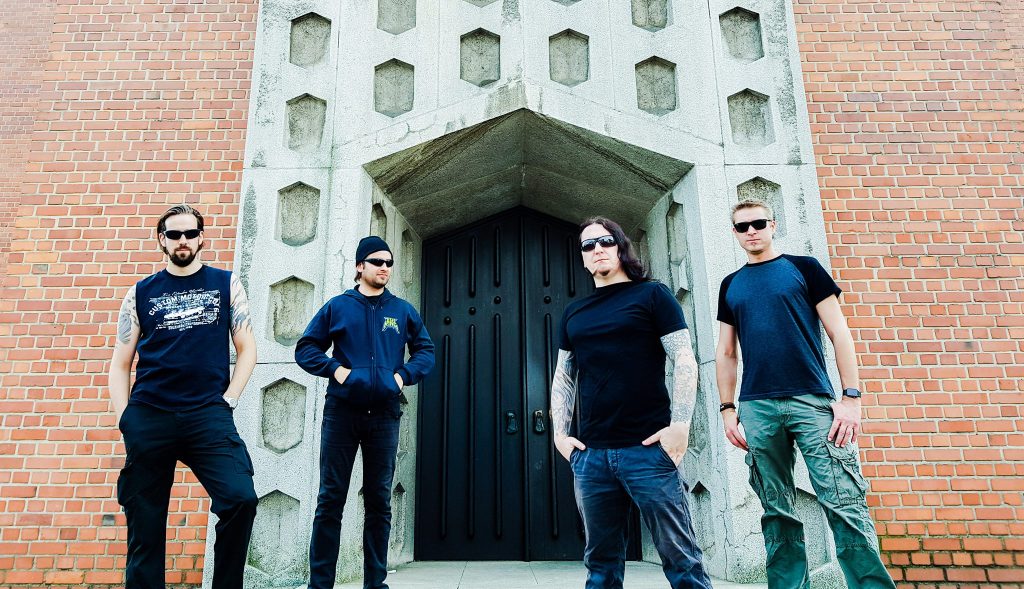