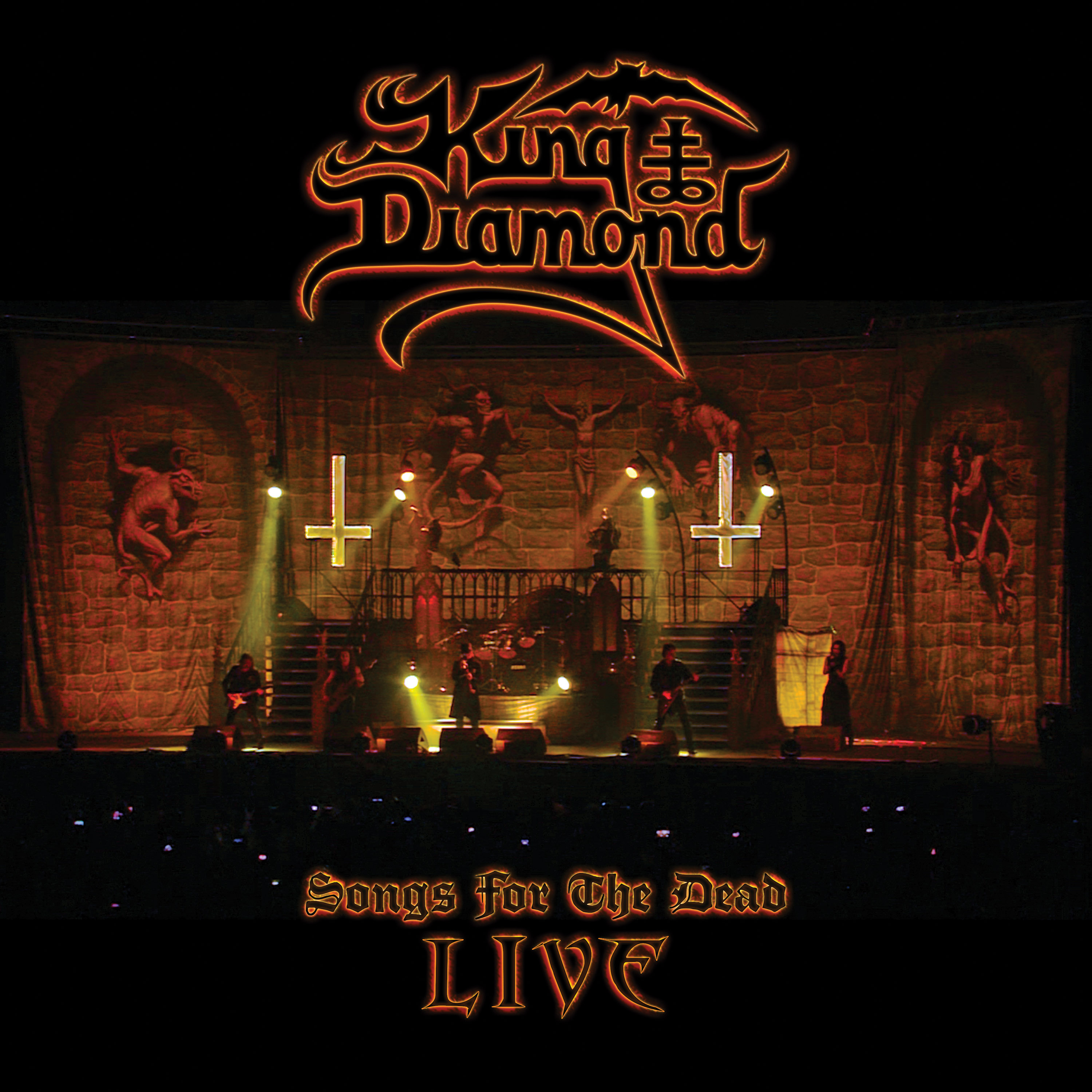 If you missed King Diamond on their 2015 Abigail tour, you missed metal history.  But, I’ve got some good news!  King Diamond is releasing an epic live set that features a whopping 36 tracks from their Philadelphia, PA tour stop at the Fillmore and their 2016 show from the Grasspop festival.  As an avid King Diamond fan going back to 1987, I can tell you this is a first day buy.  Honestly, for me, it’s just a question of which formats to purchase because there are so many good ones.

This review is in regards to the audio tracks.

First, I was a bit overwhelmed by the fact that there are 36 tracks, and with many redundancies, however, the sets of tracks and recordings are quite different from each other.  The Fillmore tracks catch much more of the intimacy of the smaller show and you can hear the crowd singing along with King.  The Grasspop live cuts are still intense but the crowd is a bit more distant and the band clearly has to project more.  Of course, I might prefer the Fillmore tracks because I was actually there right next to the camera crane the night of the recording and felt every vibe and note from the experience intensely.

Standouts like “The 7th Day of July 1777” demonstrate just how strong King’s vocals are and how beautiful LaRocque’s guitar still sounds after all these years.  In fact, I can attest, being at the Philadelphia show, that many of the fans in attendance weren’t even born when Abigail first hit the store shelves.  This is the multi-generational magic of King Diamond.   This live set is certainly going to draw in some new fans as well.

Pontus Egberg’s bass particularly shines on the Philadelphia tracks.  It’s fairly obvious why King wanted him in the band.  Check out Egberg’s bass on “Omens.”  So well done.  In fact, the Philadelphia mix is masterfully done and not only can you hear all of the instruments together perfectly, the separation between Mike Wead and Andy LaRocque comes across as brilliant.  Instead of just hearing “guitar” it’s incredibly obvious which guitar is Wead and which is LaRocque.  There’s such low levels of noise and distortion in the mix and one not need an audiophile sound set up to appreciate these live tracks.

Drummer Matt Thompson, often underappreciated in King Diamond given the massive shadow cast by original drummer Mikkey Dee, sounds phenomenal on the Philadelphia tracks.  His drums are a bit more buried in the mix in the Grasspop songs but still good.

There are a lot of choices here in terms of offerings from Metal Blade.  Here are the various formats:

I was kind of hoping for a special King Diamond cat edition with pictures of his cats Ghost and Magic on the vinyl, but I guess I can only dream.  I’ll have to make do by watching my cat Minka play in my office while I listen to these records.

Songs For the Dead Live releases via Metal Blade Records on January 25, 2019.  The various bundles can be ordered here.

A lot of these packages are sure to sell out quickly so I’d recommend placing your order now to ensure that you get what you want.